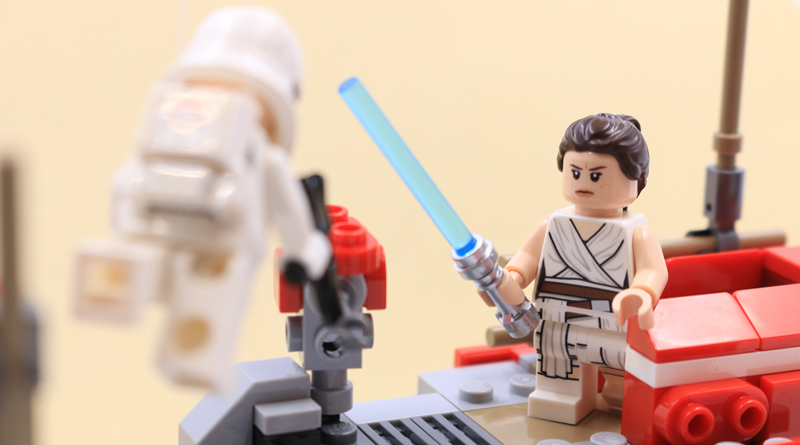 Rey and BB-8 are back together in LEGO Star Wars 75250 Pasaana Speeder Chase, a set that recreates what promises to be one of The Rise of Skywalker’s big action sequences

Based on the trailers for Star Wars: The Rise of Skywalker, 75250 Pasaana Speeder Chase is based on what looks to be a thrilling action sequence. As the heroes of the Resistance skim across the sandy desert plains of Pasaana, new airborne Jet Trooper forces of the First Order can be seen in hot pursuit. Is this a LEGO set worth chasing down or one to let get away? 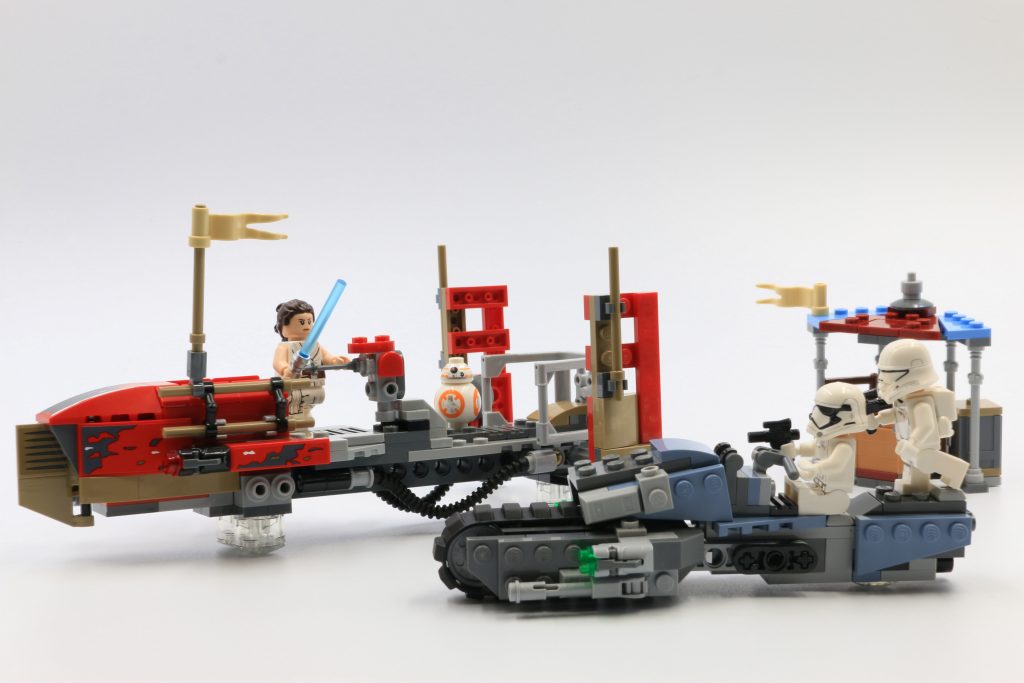 Any new Star Wars film means new designs and the First Order treadspeeder is an extremely unusual one. This strangeness continues into the LEGO version itself, which surprisingly doesn’t use much Technic and totally relies on layering System bricks for its sturdiness. There is definitely no need to worry about dropping this model as it could easily survive rolling down the dunes, let alone simply being knocked off a shelf. The colour scheme is a nice combination of grey and some rare parts in sand-blue, with a fair bit of greebling for such a small build.

A treadspeeder obviously needs a caterpillar-tread and this is where the build gets trickier, particularly aligning the Technic half-beams that support the tread. Once attached the vehicle looks suitably gritty and is very fun to trundle around, although it does look a bit oversized once a minifigure is aboard.

There are never any feelings of repetition in 75250 Pasaana Speeder Chase, and Rey’s speeder is the exact opposite of the treadspeeder to build. First, a frame is made from 1×16 Technic beams which are covered in various angled plates and then it is a myriad of little details. Unusual hose pieces are clipped onto the sides, a crash bar at the back gives a semblance of safety and the control throttle ingeniously uses a LEGO ski-pole. With its numerous fiddly stabiliser vanes, Rey’s skiff will actually feel like a familiar build to any fan who has put together 75215 Cloud Rider Swoop Bikes.

Once finished, both models are very distinctive in a range that uses a tremendous amount of grey, and they make for perfect display pieces. They really do lack in the play department though – there’s only so much swooshing around any fan can do. Apart from stud-shooters there are no play functions and it feels like a missed opportunity to include some mechanisms to either ‘damage’ the speeders or explode the surrounding environment.

All of the minifigures included are exclusive to 75250 Pasaana Speeder Chase and Rey is the absolute standout. Her new white robes are beautifully printed, even featuring the folded hood on her back. Interestingly her lightsaber blade has been updated so it is more of a cloudy blue rather than completely transparent (see the comparison image below). With a newly moulded jetpack and helmet, the Jet Trooper is excellent, while the Treadspeeder Driver has unique printed armour that differs from a standard First Order Stormtrooper. At this price point it would have been nice to have some more Resistance characters to even the odds against the First Order forces.

It is fair to say that 75250 Pasaana Speeder Chase seems a little incomplete. The vehicles are well designed, but the lack of an engaging environment with only three minifigures included leaves something to be desired considering its price tag, which does not make the set one to skip, but does not make it the ‘first order’ from The Rise of Skywalker wave.

75250 Pasaana Speeder Chase is available now at LEGO.com. You can help support Brick Fanatics’ work by using our affiliate links. 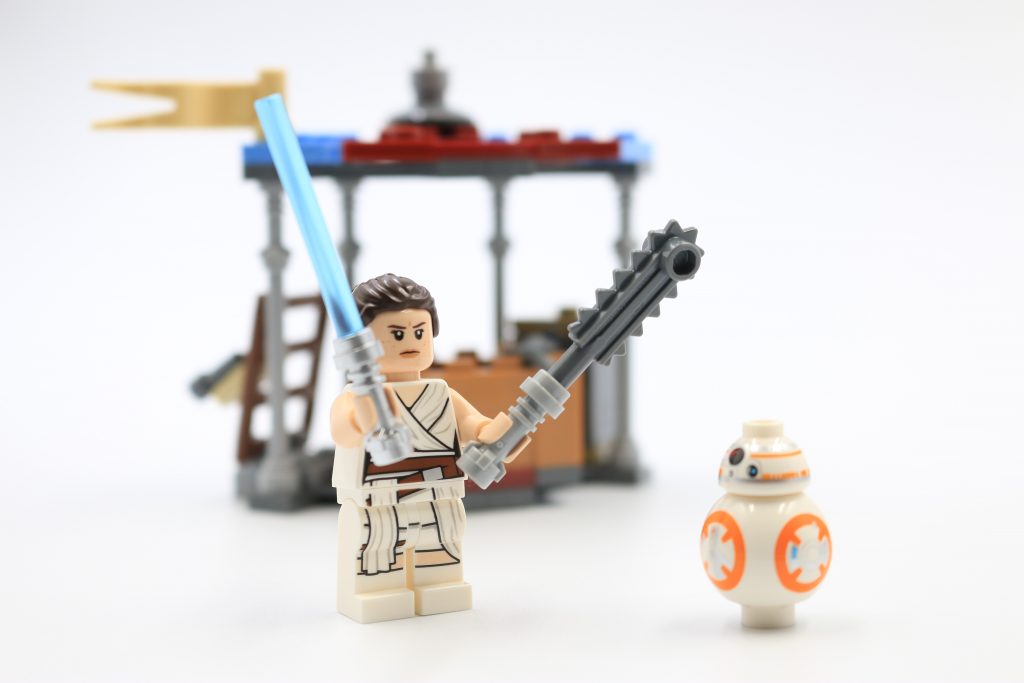