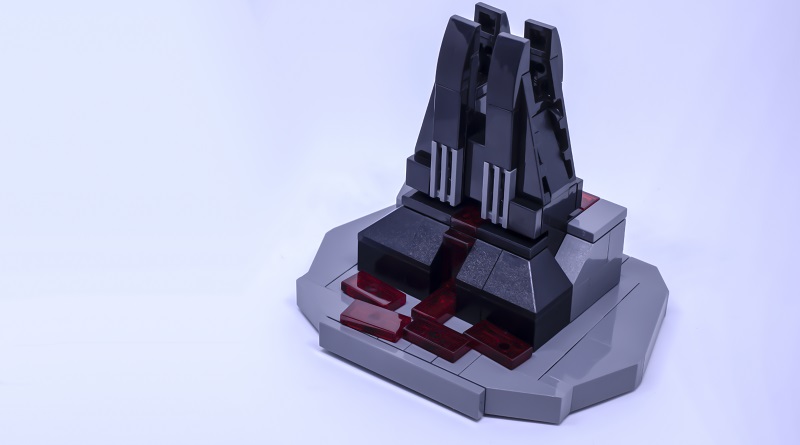 What better to do while waiting for LEGO Star Wars 75251 Darth Vader’s Castle to arrive than build this equally foreboding micro version?

Today, 75251 Darth Vader’s Castle is released, bringing the most memorable new location from Rogue One: A Star Wars Story to the LEGO Star Wars universe. While the new model may look excellent, it is too big for a desk or the edge of a bookshelf – so Brick Fanatics presented this micro version of Vader’s Mustafar home.

It is no coincidence that LEGO Star Wars has added 75251 Darth Vader’s Castle to the line-up, with the location set to appear again in Vader: Immortal, a new VR series that will launch next year, after recently appearing in the Darth Vader comic book series from Marvel.

What makes Vader’s lava surrounded fortress so appealing to storytellers is the mood that it evokes when introduced in Rogue One. Visually, the dark, jagged structure juts out of the natural environment. At this moment in the film, the score swells. As for the symbolism – the castle is located on the very planet where Anakin Skywalker died, and Darth Vader was truly born.

Here are the instructions to build this micro version of LEGO Star Wars 75251 Darth Vader’s Castle:

Check out more of Dmitri’s builds on Instagram, where he goes by @legodimnico.