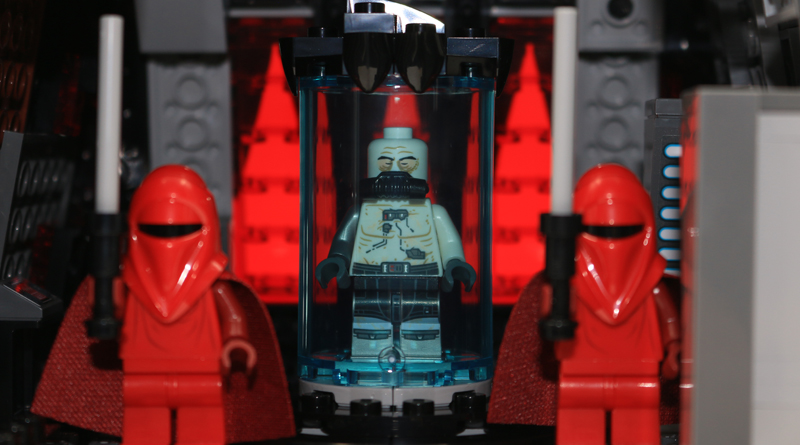 Can LEGO Star Wars 75251 Darth Vader’s Castle live up to the demanding expectations of a Sith Lord?

One of the biggest LEGO surprises of 2018 was the unexpected announcement and release of 75251 Darth Vader’s Castle. Although the Sith Lord’s dark abode makes its debut in Rogue One: A Star Wars Story, its origins go all the way back to an unused story concept for Star Wars: The Empire Strikes Back. Vader’s fortress was a place of malice, brooding and generally a whole lot of evil – but does it translate well into a LEGO set? 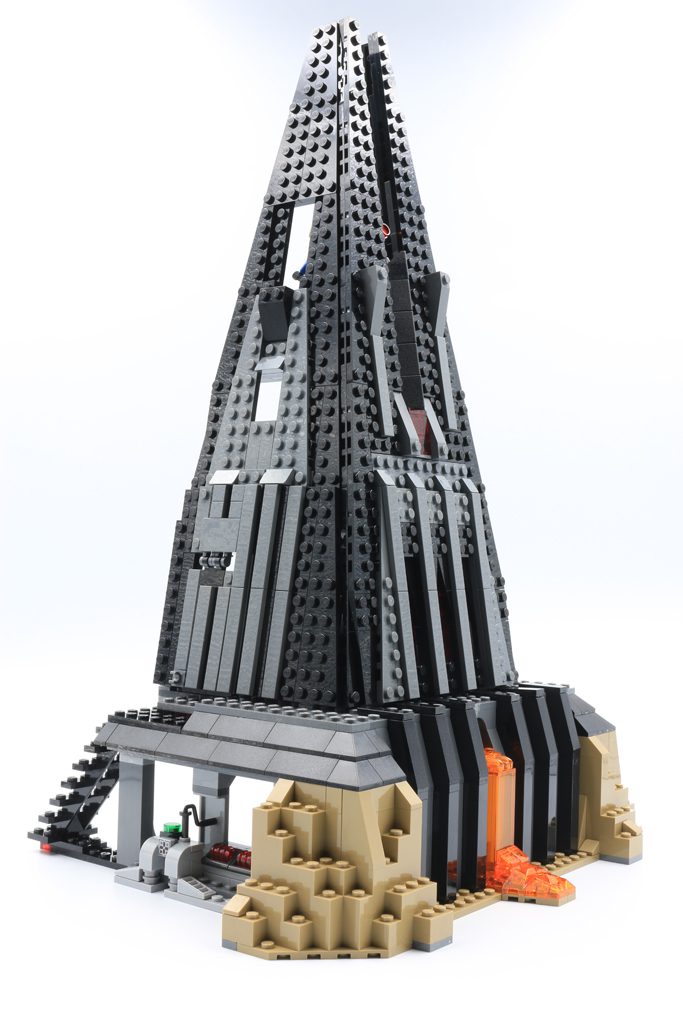 Considering that this set is all about the castle, Vader’s TIE Advanced is built first. No-one can be blamed for skipping this part and coming back to it later – the LEGO designers can’t expect all fans to have the patience of a Jedi, especially those building the home of a Sith Lord. Once built though, the ship is possibly the best micro-scale version yet, making great use of the new triangular tiles in black for the panelling on the wings.

For the foundations of the castle, mainly 1x2x5 bricks are used, alternating between black and dark grey. In the film the fortress appears all black, but this model benefits from using two tones as otherwise it would be a monotonous build. The lava-river in the middle is particularly well-executed, actually appearing to be flowing by using a rock piece in trans-orange for the first time.

Whilst building the foundations of 75251 Darth Vader’s Castle, the interior of the hangar also takes shape, although it requires an eye-watering seventeen stickers for most of the detail. The relics included, like the Sith holocron, make perfect sense – Vader’s castle is supposed to be built on the site of an old Sith temple. Unfortunately the hidden compartments are quite dull since they are manually opened. If a lever could have “flung” a lightsaber from a wall then that would have been far more engaging.

The only place to take direct inspiration from Rogue One is the room containing the bacta tank. It has a very moody feel due to the red light being cast from the trans-red windows, and the tank itself is very screen-accurate. The top-most circular floor seems to be inspired by the scene in which Director Krennic has an audience with Darth Vader, however that clearly occurs within the castle, so to have it at the top makes it look out of place and context.

Where 75251 Darth Vader’s Castle really excels is the myriad techniques used to accomplish the shape and angles of the wall panels. Most of this is done by using angled plates of various sizes, and the trans-red windows are cleverly set back within the main front panel. The two highest floors are attached onto the main panel via hinged bricks and Technic pins, angled correctly into place, and then become locked once the two side panels are attached. The panels are also reasonably sturdy by being quite thick, but the drawback of this is that not all the plates used are in black – there are brown plates for added strength which detract from the interior, looking quite odd.

There is a strong minifigure line-up, but it could have been bolstered by a few more exclusives. The best is certainly bacta tank Darth Vader, sporting a meditating face and complete with a breathing apparatus. The Imperial Transport Pilot must be inspired by the Imperial personnel seen in Star Wars: Secrets of the Empire, which is a virtual reality experience set on Mustafar. Two Emperor’s Guard minifigures are also included, and whilst they do appear in the castle, it would have been nicer to have Vader’s attendant Vaneé instead.

This is one of those LEGO sets that appears better on the box than in real life. From the front it’s a great display piece, but inside it is fragile and difficult to access for play. 75251 Darth Vader’s Castle almost feels incomplete – there are too many gaps and open space, conveniently hidden on the box by careful image composition. It is an exciting build, but this set tries to do too much and chokes on its aspirations.

75251 Darth Vader’s Castle is available now at shop.lego.com. You can help support Brick Fanatics’ work by using our affiliate links.