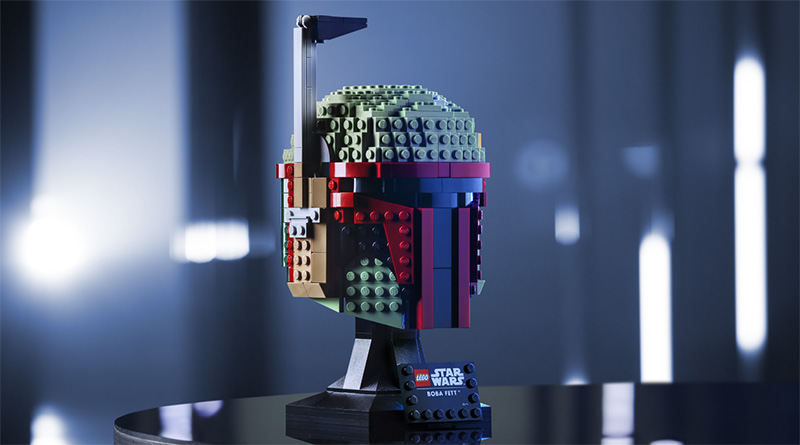 Those who missed out on LEGO Star Wars 75277 Boba Fett Helmet can now order the set at LEGO.com, as the buildable film replica is back in stock.

Like a character returning from the Sarlaac pit, LEGO Star Wars 75277 Boba Fett Helmet is back in stock at LEGO.com. The most appealing of the three new helmet sets that launched a few months ago, it is now available again – although given how quickly it keeps selling out, those who want the most famous bounty hunter on their desk should order sooner rather than later.

That means that there has been an update to Brick Fanatics’ Top 20 LEGO Sets List, with 75277 coming in at number 12 and knocking Super Mario 71360 Adventures With Mario Starter Course off of the list.

While Boba Fett’s calm, measured composure, as portrayed by Jeremy Bulloch, is part of the allure that the character had when he was introduced in Star Wars: The Empire Strikes Back, the costume is what really made the man with no name have such enduring appeal. In 75277 Boba Fett Helmet, the LEGO design team has captured the unique angles and colours that make it a unique look in the galaxy far, far away.