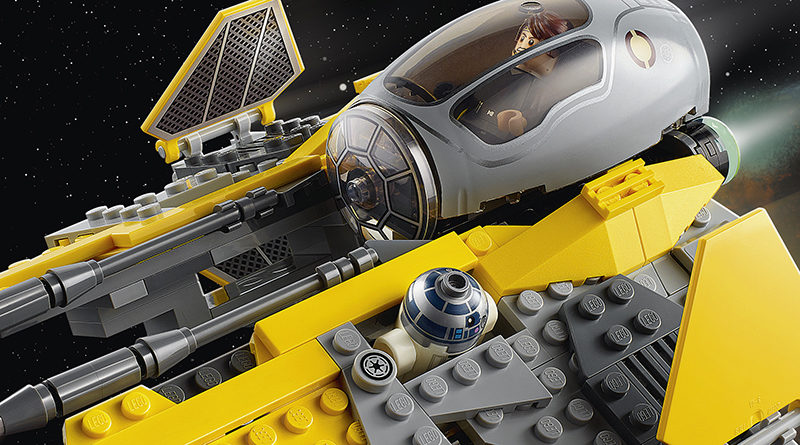 A new LEGO Star Wars edition of the Jedi Starfighter is on the way, with 75281 Anakin’s Jedi Interceptor coming on August 1.

LEGO Star Wars 75281 Anakin’s Jedi Interceptor has been officially unveiled by the LEGO Group with a description of the upcoming set and a selection of images. Based on Anakin’s yellow starfighter from Star Wars: Revenge of the Sith, it comes with a pilot Anakin Skywalker minifigure and R2-D2.