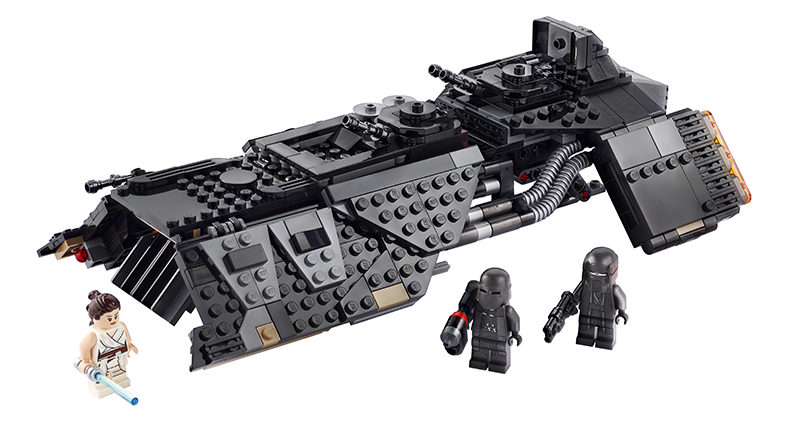 The vehicle from Star Wars: The Rise of Skywalker, LEGO Star Wars 75284 Knights of Ren Transport Ship, has been officially announced.

LEGO Star Wars 75284 Knights of Ren Transport Ship has been announced as part of an upcoming wave of sets that will be released on August 1. The black vessel that the Knights of Ren use to travel the galaxy comes with two of the mysterious villains and Rey.

Here are the official images of the upcoming set:

Fans can relive epic Star Wars: The Rise of Skywalker action scenes with this Knights of Ren Transport Ship (75284) LEGO building set. Hidden ‘skis’ underneath this Star Wars villains’ starship replicate the hover effect, and it has 2 opening cockpits for the Knights of Ren, a compartment for a captured LEGO minifigure and 2 spring-loaded shooters to inspire creative play.