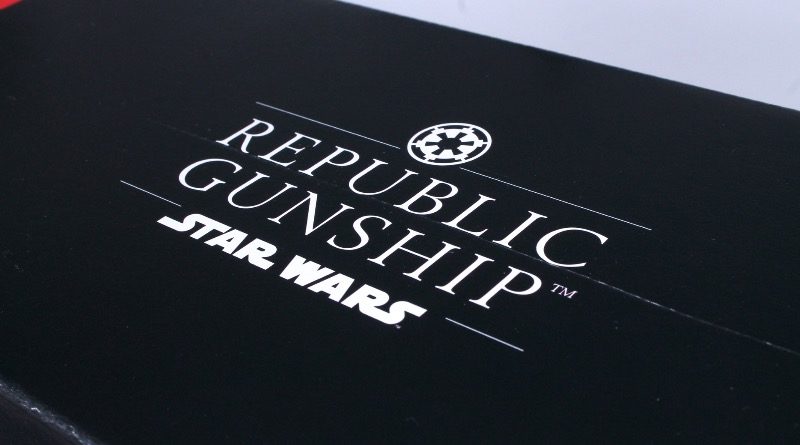 There’s a pretty significant error in the first batch of boxes for 75309 Republic Gunship – at least if you’re a diehard LEGO Star Wars fan.

While the official images for the newly-revealed set show the fixed packaging, the copy that Brick Fanatics received for review has a major flaw: the Republic logo that should appear above the set name is actually the Imperial logo on both the box and instructions, suggesting that even while producing the first prequel trilogy UCS set in 11 years, the LEGO Group just can’t leave behind the original trilogy.

Okay, so it’s in no way going to affect your enjoyment of the pieces inside the box, but for most LEGO Star Wars fans, that probably isn’t the point. A mistake like this doesn’t reflect well on the LEGO Group’s quality control standards, and means anyone picking up 75309 Republic Gunship at the first possible opportunity will be forced to contend with a misprinted box.

If you’re in the collector market, there’s a chance that the misprinted version will be worth more money down the line (probably as long as you keep it sealed), but as often happens on the aftermarket, it could also just be worthless.

Misprinted minifigure elements generally aren’t worth anything, for instance, though – to make one comparison – baseball cards where an entire batch is misprinted can often be more valuable than the ‘fixed’ versions released later down the line.

Time will tell whether the same happens to 75309 Republic Gunship’s original box, but you’ve got a good few months to grab it if you’d like to take that risk, as the LEGO Group says the normal version bearing the Empire logo won’t arrive until December at the earliest.