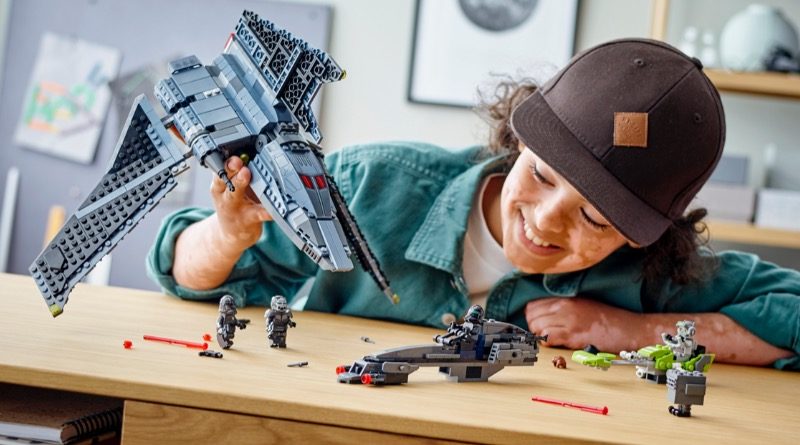 Those grainy initial images leaked through LEGO.com Germany last week gave us a good indication that we’d see a full unveiling of 75314 The Bad Batch Attack Shuttle soon – especially given the first episode of the tie-in TV show has just arrived on Disney+.

The 969-piece 75314 The Bad Batch Attack Shuttle will launch on August 1, and includes minifigures of all five main characters: Tech, Echo, Hunter, Wrecker and Crosshair. Alongside the eponymous sand blue shuttle – which actually looks to be pretty accurate to the Havoc Marauder as it appears in Star Wars: The Bad Batch – the set also packs in two speeder bikes, one decked out in lime green.

It all adds up to one of the most colourful LEGO Star Wars sets in recent memory, and a welcome diversion from the regular line-up of original trilogy vehicles and characters (particularly in 2021, which has already seen yet another X-wing and TIE Fighter land on shelves). You’ll be able to pick it up later this summer for £89.99 / $99.99 / €99.99.

The existence of 75314 The Bad Batch Attack Shuttle also lends more credibility to early rumours surrounding the rest of this summer’s LEGO Star Wars sets, which are said to include more models based on The Mandalorian and The Clone Wars.