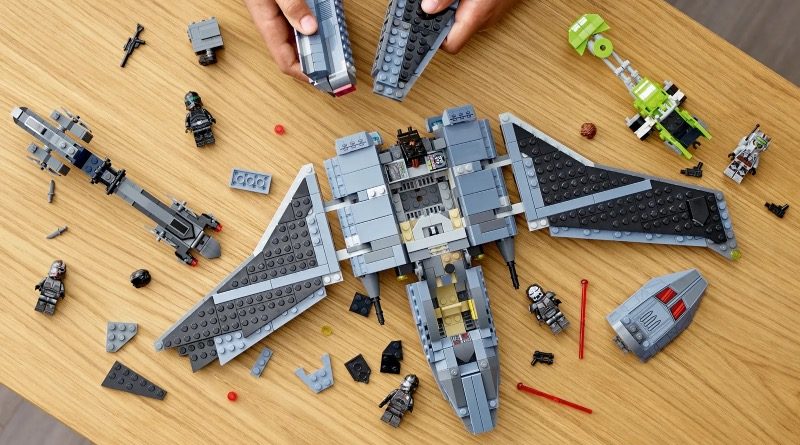 Where most LEGO Star Wars ships incorporate some level of Technic, whether to deploy landing gear, activate functions or – in the case of the Ultimate Collector Series line-up – act as an integral, structural core, 75314 The Bad Batch Attack Shuttle offers a far more traditional System building experience.

That’s according to the set’s designer, Hans Burkhard Schlömer, who spoke to StarWars.com about the challenge of creating a 969-piece set that wouldn’t put off younger builders – but could still offer plenty of play potential.

“Our larger (UCS series) sets often require an internal frame constructed with mostly LEGO Technic elements to make them stable and sturdy enough,” Hans explained. “On play-theme sets, we can usually reduce that amount due to their smaller size and lesser weight.

“On the shuttle you will find that only the joints of the pair of wings are connected using Technic beams for stability, keeping the whole building experience very plates-and-bricks. Well, mostly plates! It also was important to me that the shuttle can fully open, to allow easy access to the interior play space.”

You’ll be able to experience that build for yourself when 75314 The Bad Batch Attack Shuttle launches on August 1. Fans in the US can already pre-order the set, but the rest of us will just have to gaze longingly at the full gallery of images.