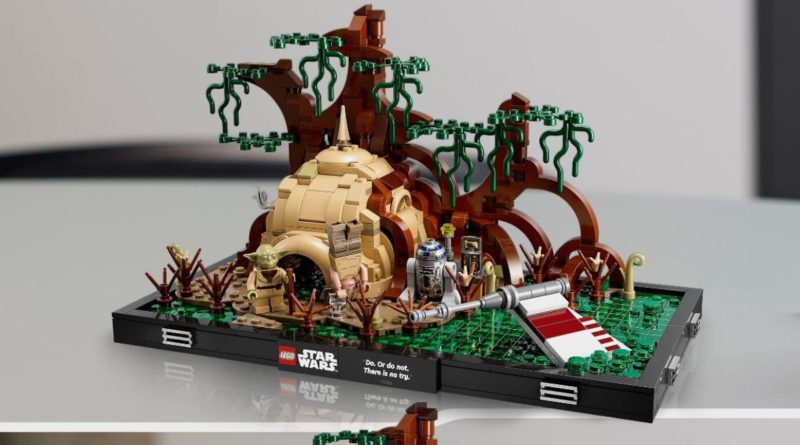 The reveal of the minifigure-scale diorama follows yesterday’s unveiling of 75329 Death Star Trench Run, a microscale model in the same format as 75330 Dagobah Jedi Training. That means both sets have a black display base, along with tiles with the LEGO Star Wars logo and a relevant quote from the scene depicted in the set.

For 75330 Dagobah Jedi Training, that memorable line is: “Do. Or do not. There is no try,” as uttered by Yoda in The Empire Strikes Back. It’s a quote that captures the essence of the scene, in which the venerable Jedi Master lifts Luke Skywalker’s X-wing out of the swamp (after the young student has tried and failed to do so himself).

We’re expecting a corresponding price tag of £69.99 in the UK and $79.99 in the US, but we’ll hopefully have confirmation very soon, as a full unveiling by the LEGO Group surely can’t be far away now. Both 75329 Death Star Trench Run and 75330 Dagobah Jedi Training are said to launch May 1, just in time for the annual May the Fourth event.

Check out a full list of every LEGO Star Wars set confirmed and rumoured for 2022 by clicking here.