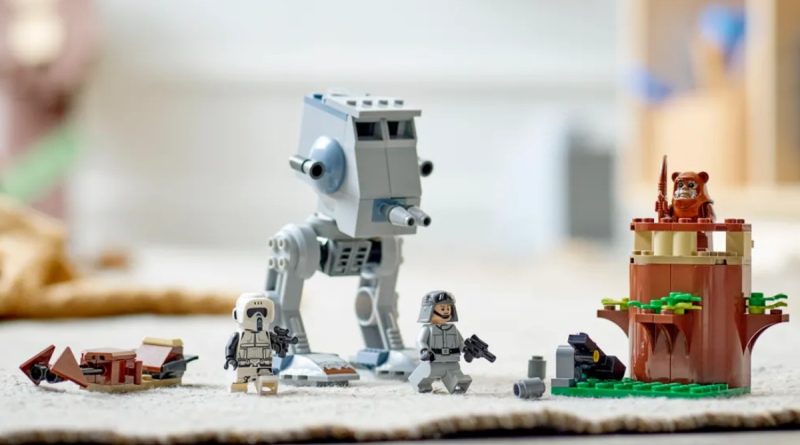 LEGO Star Wars 75332 AT-ST has been added to the online store in one region, suggesting a worldwide soon and showcasing the minifigures.

The Malaysian version of LEGO.com has listed 75332 AT-ST, revealing more images for the build after it was first spotted on the Building Instructions app. While the storefront does list it as available for purchase, note that the Malaysian online store only links to other certified LEGO stores. Hence, 75332 AT-ST isn’t actually available just yet.

Despite this, it being listed at all indicates that it’s being launched soon and that it’s been added to LEGO.com in preparation. In the meantime, we can take a closer look at the official images for 75332 AT-ST, including the new minifigures.

For many, one of the biggest draws to 75332 AT-ST will be the return of Wicket, who was last seen in 75238 Action Battle Endor Assault in 2019. Three years later and the Ewok hasn’t changed too much with updated printing on the hood, making minor changes to the stitching on top and adding creases to the chest area.

Also featured are a Scout Trooper and AT-ST Driver, both of which have appeared in LEGO Star Wars before. A 4+ AT-ST using the larger leg elements and a tree fort are included as well as a speeder bike.

Bearing in mind that this model is intended for a younger audience, it includes 87 pieces and three minifigures. The listing hasn’t revealed the price of this model or its exact release date, but these will likely appear when it comes to other versions of the official online store.