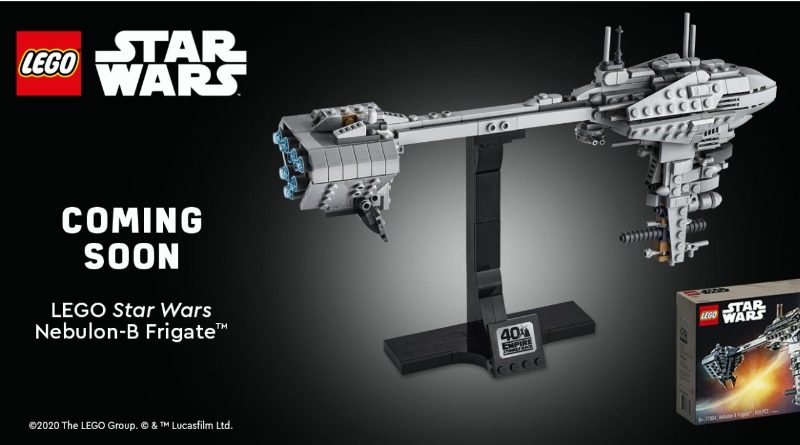 LEGO Star Wars 77904 Nebulon-B Frigate is coming back to Amazon in the US.

The midi-scale Rebel cruiser – which was intended as a San Diego Comic-Con exclusive – popped up on Amazon last month. But it quickly disappeared after LEGO fans snapped up the online retailer’s limited stock.

Since then, we’ve basically been left in the dark over its availability – until yesterday, that is, when the elusive 459-piece model showed up at LEGOLAND Discovery Centres across the US. And now, it’s apparently coming back to Amazon.

That’s according to the LEGO landing page on Amazon US, anyway, which shows an image of the set with the caption “Coming Soon”. How soon is really anyone’s guess, but we’ll let you know when it goes live. If supplies are as limited as last time, you’ll need to act fast to secure your copy.

Another 2020 event exclusive, 77905 Taskmaster’s Ambush, has followed a similar release pattern. It was available first through Amazon US, then through Amazon’s Treasure Truck, and now through LEGOLAND Discovery Centres. It might follow suit in returning to Amazon eventually, but don’t count on it.

Another SDCC exclusive, 77907 Toad’s Special Hideaway, is still available from LEGO.com in the US. You can support Brick Fanatics by ordering through our affiliate links.