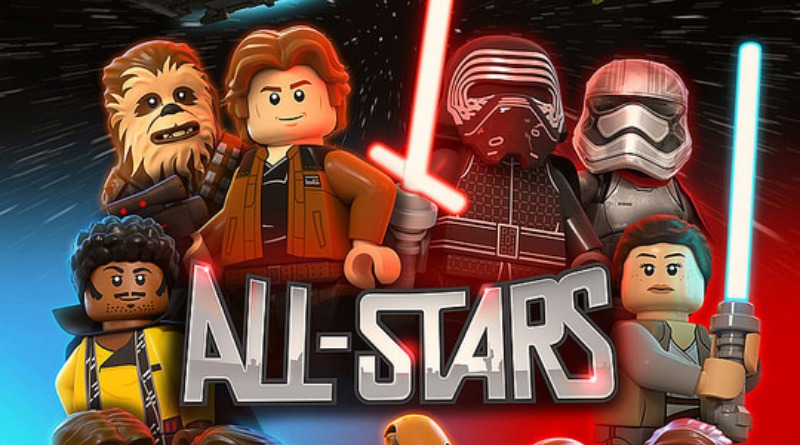 If you’re looking for your next animated LEGO Star Wars fix after The Freemaker Adventures, Disney has you covered. LEGO Star Wars All-Stars kicks off next week on Disney XD YouTube and DisneyNOW, featuring characters from across the entire saga.

The series will consist of four half-hour episodes, airing every Saturday from November 17, plus eight shorts – five of which will debut daily next week, from October 29 to November 2.

You can watch a teaser for the show on YouTube right now:

There’s also a poster, giving you some idea of the characters who’ll be making appearances on the show. As well as familiar faces from the movies like Kylo Ren, Rey, BB-8, Han Solo and Lando Calrissian, a couple of Freemaker characters are also joining in the fun, including Graballa the Hutt and Roger the battle droid.

If you’re interested in how these animated shows come together, check out our interview with the Executive Producers of Star Wars: The Freemaker Adventures, Bill Motz and Bob Roth. And if you’re yet to partake in that particular series, you can pick up the entire thing on DVD now.

LEGO Star Wars All-Stars starts on Monday. In the meantime, you can assemble your own band of cross-saga heroes and villains with the current range of LEGO Star Wars sets, available at shop.LEGO.com.