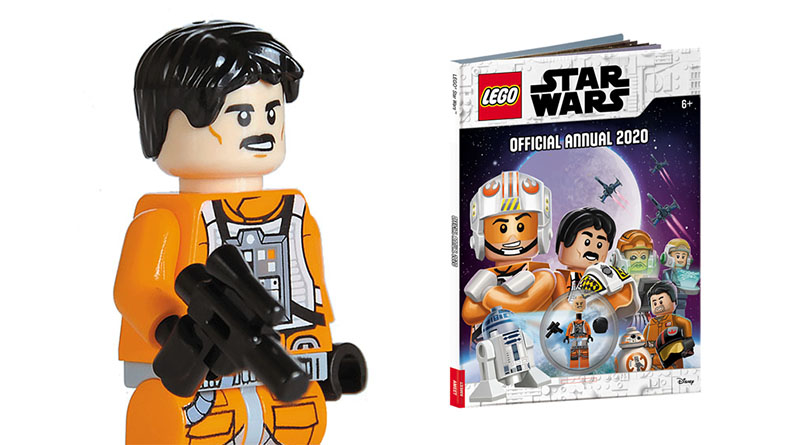 This year’s LEGO Star Wars Annual cover has been revealed, with 2020 edition including a Biggs Darklighter minifigure.

While May may be the month of Star Wars, it is too early for many to be thinking about Christmas. Yet the festive tradition of annuals is apparent thanks to the cover of LEGO Star Wars Annual 2020 being revealed, as is the pack-in minifigure.

This year’s hardback book of comics, puzzles and games with Biggs Darklighter packaged on the front of it, wearing his flight suit but seemingly not including his pilot helmet.

Brick Fanatics recently provided instructions to build a mini version of 75259 Snowspeeder – 20th Anniversary Edition are on a double VIP points deal at shop.LEGO.com. The LEGO VIP scheme is completely free to sign up for, and provides fans with points every time they spend at shop.LEGO.com. The points add up to 5% ‘LEGO cashback’ that can be used against future purchases. When it gets doubled up, that means 10% cashback, which feels much more appealing. The promotion is running until the end of the month.