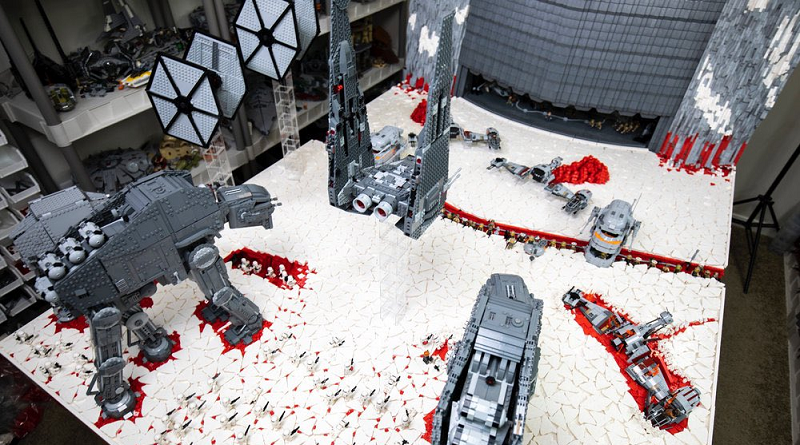 Rian Johnson, director of Star Wars: The Last Jedi, has congratulated a fan on a huge LEGO diorama based on the film’s climax.

LEGO Star Wars builder David Hall recently completed an incredible 100,000 brick model that recreates the Battle of Crait, the climactic sequence from Star Wars: The Last Jedi. The impressive, detailed model has deservedly gone viral, picked up by outlets around the world, including Entertainment Weekly.

Perhaps the best praise that David received was from the director of Star Wars: The Last Jedi, Rian Johnson. After sending applause emojis to the builder, the filmmaker tweeted: “The more I zoom the more my jaw drops.”

The fan builder replied: “I just wanted to say that I myself am a senior in film school and hope to one day direct a feature of my own. Thank you for inspiring me!”

It is an exciting time for LEGO Star Wars collectors, with a range of new sets recently revealed that will launch on April 1. Just two months ago a selection of new releases arrived, with even more coming later in the year that will be based on Episode IX.