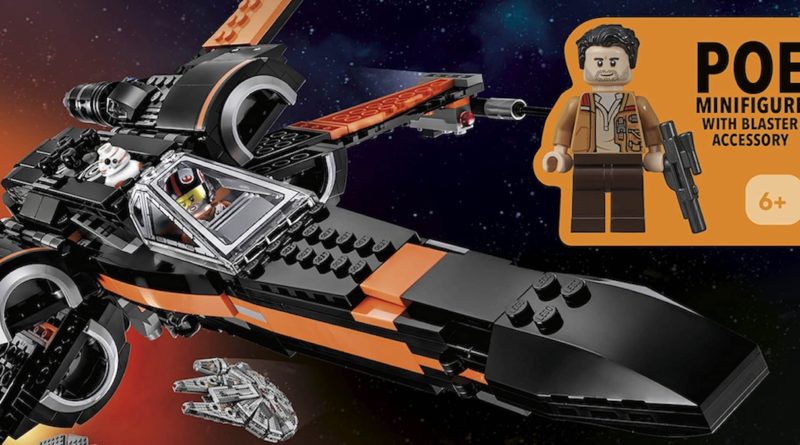 A new LEGO Star Wars book focusing on the saga’s many vehicles is on sale now and includes a Poe Dameron minifigure.

DK Books has published a new LEGO Star Wars title that features a guide to many of the amazing craft that have appeared in a galaxy far, far away. LEGO Star Wars Awesome Vehicles is available now and includes 88 pages showcasing more than 30 unique vehicles from the saga.

The title has been written by author Simon Hugo who has also penned LEGO Absolutely Everything You Need To Know, the LEGO NINJAGO Character Encyclopedia, LEGO Star Wars: Choose Your Path and the upcoming Build Your Own LEGO Escape Room.

LEGO Star Wars Awesome Vehicles also includes a Poe Dameron minifigure with blaster, with the Resistance pilot acting as a guide throughout the book. There are fact files, top tips, vehicle reviews from characters and information on the best rides to take for a test drive.

Although aimed at younger readers, LEGO Star Wars Awesome Vehicles still manages to pack plenty of detail into its pages, with interesting nuggets of knowledge dotted around each spread. The bonus Poe Dameron minifigure has only been included with the now-retired 75149 Resistance X-wing Fighter to date, so it’s a great opportunity for readers who may not have this version of the character to add it to their collections.

LEGO Star Wars Awesome Vehicles is available to purchase now and is published by DK Books.