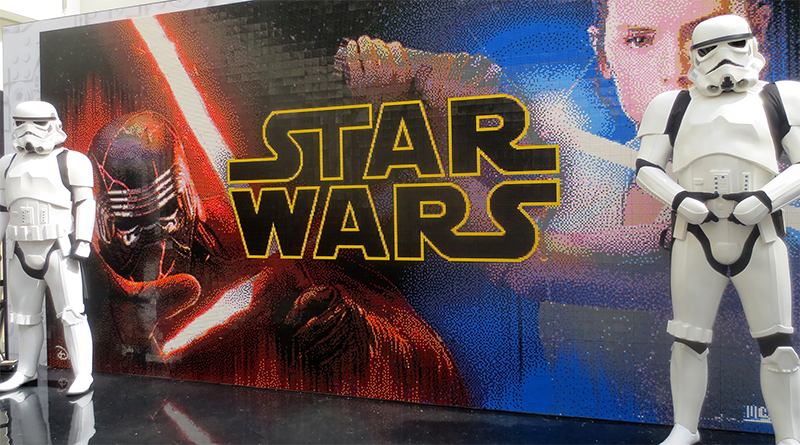 It took 165,888 LEGO bricks to make up the image, with two young fans in fancy dress as Kylo Ren and Rey adding the final section, Star Wars New Zealand and Rebelscum report.
Stormtroopers were on hand to oversee the proceedings, which also gave visitors the chance to build a make and take model of a Star Destroyer, Millennium Falcon or TIE Fighter. A new Kylo Ren statue, featuring his new helmet look from the upcoming film, was also on display.

For more from the event, check out the full report at Star Wars New Zealand.