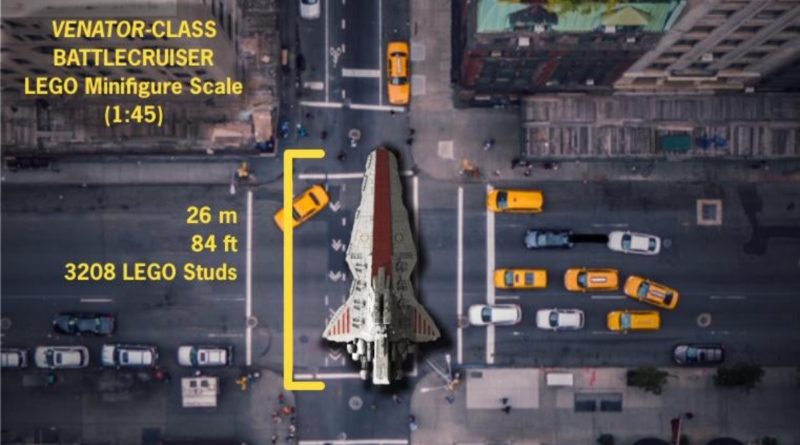 How big would LEGO Star Wars capital ships actually be at minifigure scale? It’s a question we’ve always wanted the answer to – and now we have it.

That’s courtesy of redditor Geroditus, who’s done the maths and come up with some very cool visualisations of the Star Wars saga’s most iconic capital ships, from Star Destroyers to the Death Star, all at minifigure scale.

The results are pretty mind-blowing. If you thought 75159 Death Star and 75252 Imperial Star Destroyer were big models, those same ships (and bases – is the Death Star a ship?) at minifigure scale basically rewrite the entire concept of large LEGO sets.

For example, a Venator-class Star Destroyer at 1:45 scale – the size determined closest to minifigure-scale, based on the height of a single minifigure, by Geroditus – would apparently come in at 3,208 studs long. That’s roughly 26 metres (or 84 feet).

But reading those numbers isn’t quite the same as visualising them against a real-world environment, nor seeing them in comparison to existing LEGO sets, and that’s where the beauty of this project comes in. Click through the gallery above to see just how unwieldy a minifigure-scale Death Star really is.

At the risk of running through numbers again: very unwieldy, given the diameter of the spherical station would stretch to approximately 560,000 studs (or 2.8 miles / 4.4 kilometres). That might just eke past 31203 World Map as the largest LEGO set of all time.

One thought on “How big would LEGO Star Wars capital ships be at minifigure scale?”