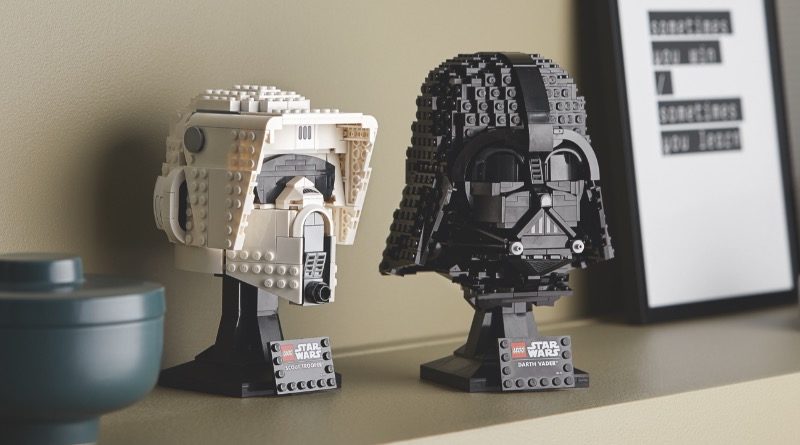 The LEGO Group has confirmed the release date and prices for the two new additions to its LEGO Star Wars Helmet Collection, 75304 Darth Vader Helmet and 75305 Scout Trooper Helmet.

Both sets were originally revealed by Walmart earlier this week, several days ahead of the LEGO Group’s official embargo. The US retailer only debuted the first images and piece counts for the sculpts, however, leaving us in the dark over when we’ll be able to buy them – and how much they’ll cost.

We can now share that both helmets will go on sale worldwide on April 26, while pre-orders will apparently begin from today. It’s not clear at the time of writing whether you’ll be able to pre-order from LEGO.com regardless of where you are in the world, or whether – as with 76199 Carnage – those pre-orders will be US only, but we’ll keep you updated.

If you still need to catch up on the current LEGO Star Wars Helmet Collection, all three sets – including 75274 TIE Fighter Pilot Helmet, 75276 Stormtrooper Helmet and 75277 Boba Fett Helmet ­– are available now at LEGO.com.