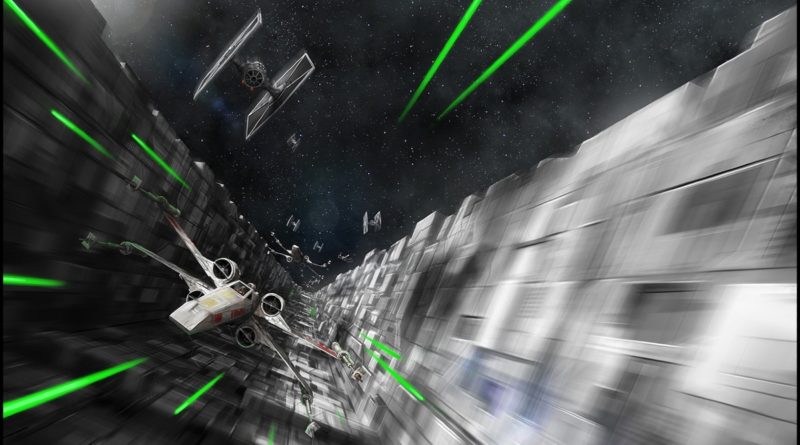 Reports of an 18+ LEGO Star Wars Death Star garbage compactor model may be partially incorrect, as rumours of a trench run set have surfaced.

Following on from the list of potential LEGO Star Wars 2022 sets, which included an 18+ 75239 Death Star Garbage Compactor, Promobricks has now stated that they believe number 75239 to instead belong to a recreation of the trench run.

According to the rumour, the model will be named 75239 Trench Run. The creation is said to approach capturing the first attack on the Imperial space station in microscale, with miniature versions of Luke Skywalker’s X-Wing, Darth Vader’s TIE Advanced and two other TIE Fighters.

The scene is reported to only consist of one wall of the trench so that you can see every detail of the set without having to peer over the top of it. The stated measurements list the build as being about 26 studs wide and appearing on a black base, similar to how 75296 Darth Vader Meditation Chamber is displayed.

Just like the rumoured 75330 Yoda’s Training, a quote is mentioned as being included on the base in the form of Darth Vader’s classic line “The force is strong with this one”.

With the miniature scale, no minifigures are rumoured to be included but it is still said to consist of 666 pieces and be available from May 2022 for €59.99. The list does disclose that a set based on the trash compactor is believed to be coming still, but not with the previously stated details.

LEGO Star Wars rumours are coming in quick at the moment, and we’ve got a comprehensive guide to help you catch up on everything potentially coming next year. However, please note that these are all just rumours and should be treated with caution until the LEGO Group makes an official announcement confirming otherwise.