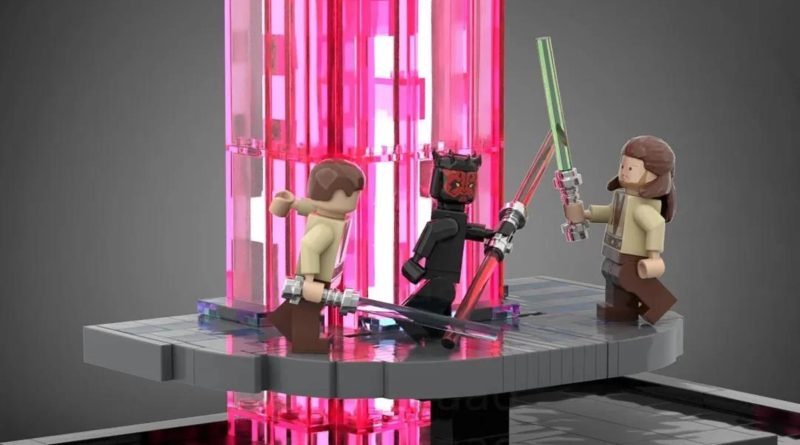 What would happen if the LEGO Star Wars Diorama Collection expanded to the prequels has been answered in a pair of custom scene recreations.

Reddit user Breaaaaaaad has shared a pair of digitally-constructed models to the LEGO Star Wars subreddit, imagining the potential that the Diorama Collection of sets has for the prequel trilogy.

The two creations represent the duel with Darth Maul and Jango Fett respectively, incorporating design elements of both Naboo and Kamino in the models. We can imagine the former including a light brick as an extra option for display.

Both dioramas are complete with quotes, including an excerpt from the London choir in the Darth Maul duel build. Currently, the LEGO Star Wars Diorama Collection only covers the original trilogy as the design team chose to focus on memorable moments of the classic saga to start. However, our interview with them confirmed that the prequel trilogy isn’t off the table.

We’ve reviewed all three entries in the LEGO Star Wars Diorama Collection, which you can read by clicking on the links above. They will be available starting on April 26, 2022.