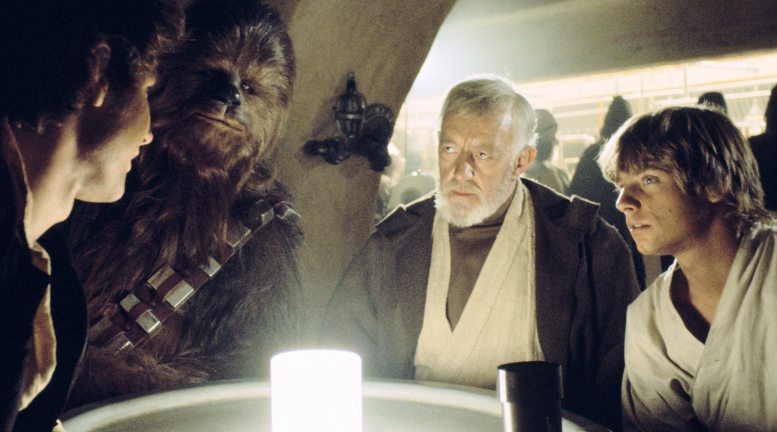 LEGO Star Wars 75290 Mos Eisley Cantina is rumoured to be on the way, and Brick Fanatics can’t help but imagine what this set will deliver

A wretched hive of scum and villainy. A place where scoundrels shoot first and pay the bartender later. An establishment that doesn’t serve droids. It can only be the Mos Eisley Cantina.

One of the most iconic locations from the Star Wars films, the Mos Eisley Cantina is rumoured to be released as a direct-to-consumer LEGO set later this year, set number 75290. It’s also likely to be the second Master Builder Series (MBS) set in the LEGO Star Wars range.

As all of the versions of the cantina so far have only captured a fraction of the sprawling bar, Brick Fanatics is looking at what this new set, rumoured to be over 2,500 pieces, needs to deliver to satisfy fans.

One of the things that makes the cantina scenes so incredible are the amazingly diverse array of alien denizens. When making A New Hope, these scenes were originally shot with just over forty aliens, but then during post-production re-shot to include even more bizarre creatures.

The LEGO designers will need to come up with a ton of new moulds. Let’s have Ponda Baba with his unique walrus-face alongside Dr Evazan. Then for blink-and-you’ll-miss-them characters there’s insectoid-eyed Hem Dazon, the yeti-like Muftak or even the Tonnika sisters with their beehive hairdos.

At minifigure scale the footprints of 75052 and 75205 Mos Eisley Cantina have been rather basic, so considering its potential size, 75290 should be able to achieve the full layout. It needs to use curving grey bricks for the long wrap-around bar with its IG-88 droid head drink dispensers in pearl-gold, along with Technic bars for the numerous pipes and LEGO tap pieces with glasses underneath. At this scale perhaps the patron booths could also be more accurate than previous versions, maybe incorporating trans yellow cylindrical bricks to recreate their glowing tabletops.

No, they’re not something out of a biology class but rather the Bith orchestra playing the unique jazzy score for the cantina. There are already LEGO minifigures of some of the band’s members, although updated printing could improve the detailing on their Star Wars tuxedos. The whole band will need to be included this time with a suitably sized stage, of course.

The key accessories will be LEGO versions of their wacky instruments. Most of them are flute-like music makers that could use LEGO clips and rods, while the Omni box will need grill tiles to capture its texture.

This is a weird one, but it’s the little details that make fans geek out the most. At the entrance to the cantina is a dull grey box with glowing lights, which is actually Wuher’s droid-detector to keep out unwanted guests. Printed LEGO computer-terminal bricks can make the screens on top, with trans-blue 1×2 tiles then imitating the blue lighting strip across the middle. All of this can even be finished off with a small sticker with a droid crossed out in red.

By making the section easily removable, then 75290 could be switched to its droid friendly version that is visited later in The Mandalorian.

Watering hole for all

Hopefully 75290 will focus its piece-count on all of the little details inside the bar, however it would be cool if some of the outside features were also included, such as an upscaled version of the ridiculously named Ubrikkian 9000 landspeeder. 75265 T-16 Skyhopper vs Bantha Microfighters proved that a bantha’s shaggy fur and curving horns could be re-created in the brick using cheese-slopes and sloping tiles, so a minifigure-scaled version should also be possible. After all, in front of the cantina there is a big water-trough for the animals waiting outside.

LEGO Star Wars fans can look forward to the upcoming release knowing that 75290 is sure to be the best incarnation of the Mos Eisley Cantina yet. Let us know which aliens or details you’d like to see included in the comments below or on social media.