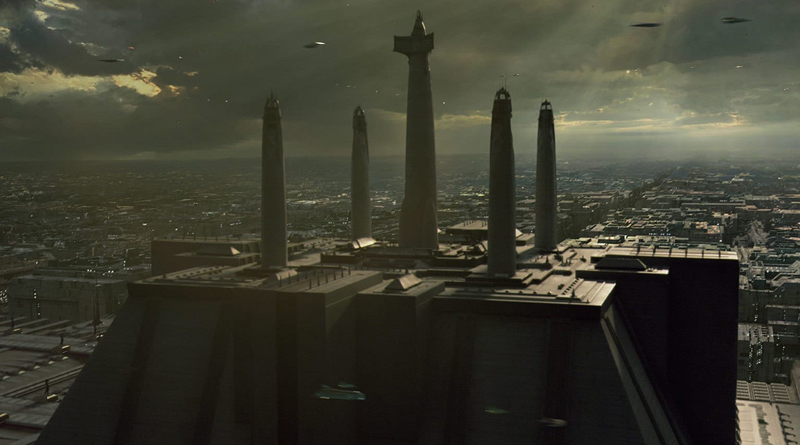 With the Republic Gunship opening the LEGO Star Wars team up to new large scale prequel trilogy sets, Brick Fanatics makes a case for bringing the Jedi Temple to the brick

In a surprising move at the end of January, the LEGO Group held a fan vote to determine what would be the next ship in the LEGO Star Wars Ultimate Collector Series (UCS). Fans eagerly jumped at this unique opportunity that had three different options to choose from. The Republic Gunship from Star Wars: Attack of the Clones won by over half of the votes.

This won’t have surprised most LEGO or Star Wars fans, as this ship features heavily in Star Wars: The Clone Wars (the series has returned for its final season on Disney+), but also because many fans have been asking for better representation of the prequels, which are an under-explored area in the UCS theme.

With the Republic Gunship now on the release schedule, and fans patiently (or not so patiently) waiting, this raises the question as to whether the LEGO Group may consider more prequels sets for future direct-to-consumer releases. One iconic location from the prequels, seen as a fan build online, at conventions and on LEGO Ideas is the Jedi Temple on Coruscant.

The most obvious way of offering playability, yet still capturing the scale of the building, would be a Master Builder Series (MBS) set similar in style to 75222 Betrayal at Cloud City. There would be the space to include most of the rooms, including the Jedi Council and archive, while certain features such as the temple gardens or the immense spires could also be incorporated for display value. One of the biggest drawbacks of an MBS model though is that it wouldn’t be at minifigure scale, as is the case with 75159 Death Star.

To overcome scaling issues, the designers could create multiple modular sets based on the Jedi Temple that interconnect. This would not only make it more affordable for fans, who could pick and choose which sets to buy, but also mean that they could be made at regular LEGO Star Wars minifigure scale.

Building the Council would be a great challenge, with plenty of hinged bricks and clever techniques needing to recreate its circular structure, whilst still incorporating the wraparound windows that overlook the Coruscant skyline. Even though fans don’t like stickers, some transparent labels featuring speeders zipping along the sky-lanes would really help to give the room context. With the chance to recreate some of the most iconic scenes within the Temple also comes the opportunity of getting never-before-seen Jedi minifigures, such as Depa Billaba or Yarael Poof.

Back in 2018 a new precedent was set by 71043 Hogwarts Castle as to just how a famous movie location could be recreated fully in bricks. No pieces were wasted, no detail was forgotten and the resulting model is a masterclass in micro-scale. This same style could be used for the Jedi Temple, which in theory should be easier to design, as its basically a symmetrical pyramid. This symmetry is useful as it would allow the two sides of the building to open for easy access to the interior. From the grand hallways to the smaller meditation chambers, and even the holocron vault, so many locations could be included from both the prequel films and from areas only seen in The Clone Wars television series. In a very strange coincidence, both Hogwarts Castle and the Jedi Temple were founded by four experts of their craft, so the exclusive minifigures could be those four Jedi Masters.

Another point the LEGO designers should consider is that interest in Jedi lore will soon heighten because of the recent announcement of the High Republic. This is a new series of interconnected media, including books and comics, that will explore the height of the Jedi Order and may therefore feature the Jedi Temple and Coruscant. Who knows, if the High Republic ventures out into video games or television, then the LEGO Group may even create sets dedicated to this new timeline.

What the fan-vote really proved is that the want for larger prequel trilogy inspired sets is not just a spark of fancy by a few, but a roaring fire of interest from many. As of yet there has been ridiculously few prequel sets at the adult fan scale when compared to the original trilogy. Rather than re-releasing models fans have seen before, the prequels offer a vast array of unique ships and locations that would add a punch of variety to any LEGO Star Wars collection.