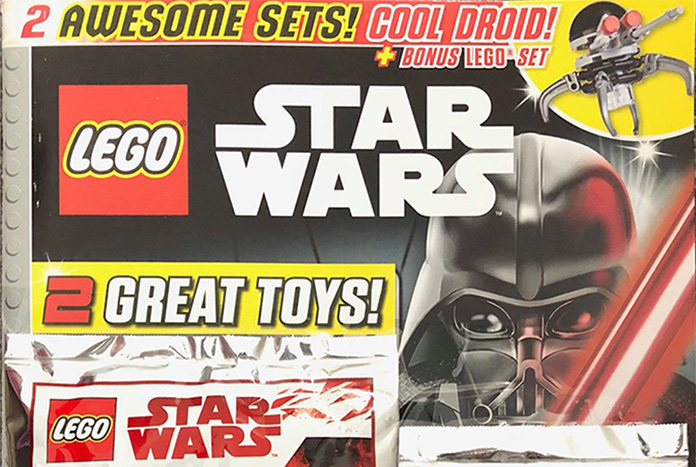 The latest issue of LEGO Star Wars magazine is available now, and comes with two mini sets attached to the front.

Issue 35 of LEGO Star Wars magazine comes with a Dwarf Spider Droid build and a bonus random set re-packed from a previous issue. Jedi News confirms that the new Spider Droid set comprises 24 pieces. Inside the magazine there are puzzles, comics, posters and the build instructions. The magazine is priced this month at £5.99, reflecting the two foil bagged sets rather than the usual one.

Next month’s LEGO Star Wars magazine, Issue 36, will come with a mini Quadjumper build – it is quite obscure, as the ship that Rey and Finn are running to before having to opt for the Millennium Falcon instead.