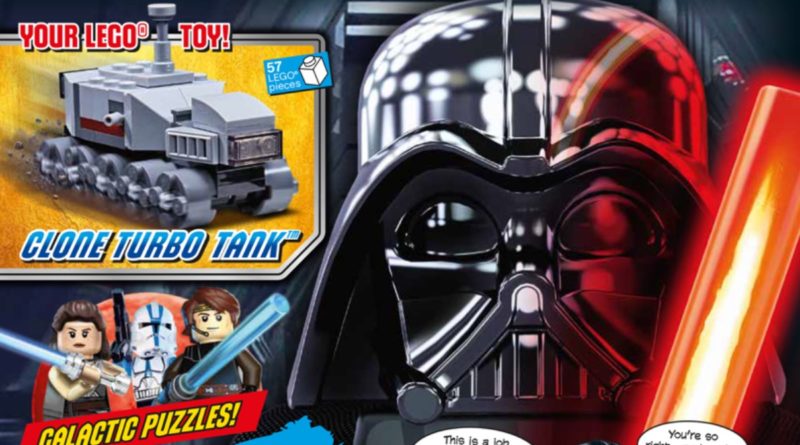 The latest issue of the LEGO Star Wars magazine arrives on shelves this week, complete with the first Clone Turbo Tank model since 2016.

We’ve had a few LEGO Star Wars Clone Turbo Tanks since the very first one debuted in 2005 alongside Revenge of the Sith, but it’s been five long years since 75151 Clone Turbo Tank arrived on shelves. If you’re happy with a mini-model to tide you over until the next large-scale version, make a beeline for Issue 76 of the LEGO Star Wars magazine when it drops this week.

It’s the newest edition of the monthly mag from Immediate Media, and – like the rest of the single-freebie issues – will retail for just £3.99. That’s not a steep price to pay for the 57-piece foil-bagged build, which also comes with a magazine full of puzzles, posters, comics and activities attached to it, if you know any younger fans who might appreciate it.

You’ll find Issue 76 of the official LEGO Star Wars magazine on the shelves of supermarkets, newsagents and all good retailers from Thursday, October 7. Last month’s issue included a free mini-model of 75254 AT-ST Raider, while next month’s mag comes with a free 45-piece Resistance A-wing build.