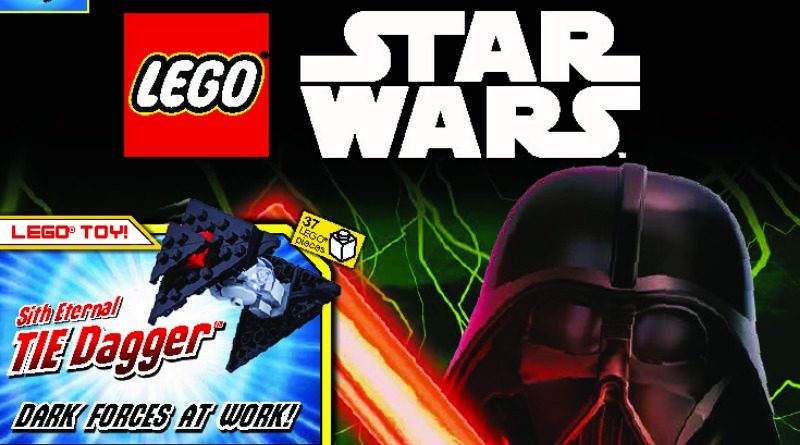 The latest issue of LEGO Star Wars magazine is out today, and comes packed with a mini Sith Eternal TIE Dagger.

There’s plenty of content in and among the magazine’s pages, including the usual mix of puzzles, posters, comics and build instructions.

The 37-piece Sith Eternal TIE Dagger might not be quite as exciting as a minifigure, but it looks like a decent representation of the ship from Star Wars: The Rise of Skywalker.

Here’s the full cover (h/t Fantha Tracks) and synopsis for Issue 64, which is available in supermarkets and newsagents now for £5.99.

Darth Vader goes undercover and joins his troops on a mission to defeat the rebels in this issue’s hilarious, action-packed comic.

This issue is clearly strong with the Force and will be in shops from 14 October!

Issue 65 of the LEGO Star Wars magazine arrives in shops on November 18, and will include a slightly more enticing freebie: Luke Skywalker in his Bespin garb. The Empire Strikes Back minifigure was previously only available in 75222 Betrayal at Cloud City and 75294 Bespin Duel.