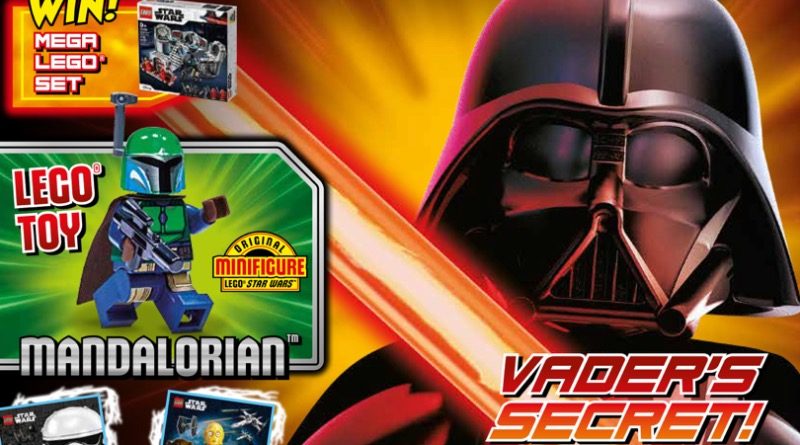 Issue 68 of the LEGO Star Wars magazine is now available at all good retailers, and includes a free minifigure from The Mandalorian.

While the inside back page of Issue 67 suggested the minifigure might be a brand new variant on the warriors included in 75267 Mandalorian Battle Pack, it eventually transpired that it is in fact just the dark blue and green version we’ve seen before.

That shouldn’t put you off picking up the latest issue of Immediate Media’s magazine from a galaxy far, far away, though, because you can never have too many Mandalorians. Plus, the mix-and-match nature of the characters in 75267 Mandalorian Battle Pack means you can also customise those warriors to your heart’s content, so getting even more pieces to do that is no bad thing.

You’ll need to part with £3.99 to pick up the mag, which might seem a little steep if you’re only after the minifigure. After all, for £9 more you can actually buy the set it originally comes in, and get three more Mandos for your money. But if you know any young fans who’d appreciate what’s inside the mag – which is the usual mix of comics, puzzles and activities – you’ll hopefully get a little more bang for your buck.

Last month’s issue of the LEGO Star Wars magazine included a buildable TIE Interceptor model, while we already know next month’s will include an Emperor Palpatine minifigure, complete with a red lightsaber.