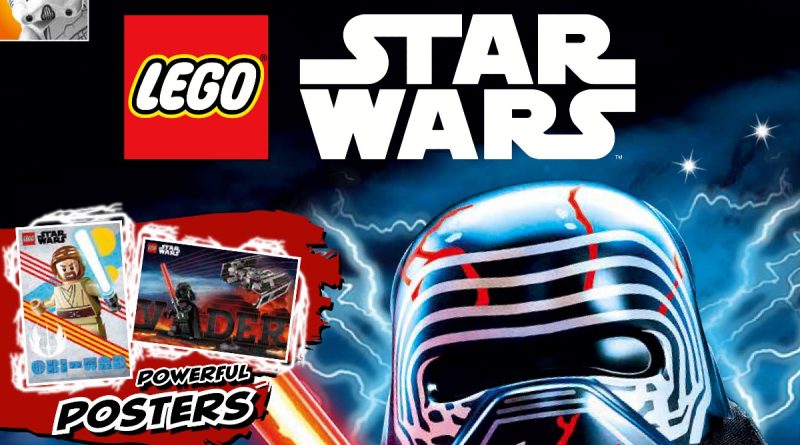 Issue 88 of the official LEGO Star Wars magazine is on shelves now in the UK, and comes with a free mini model based on The Rise of Skywalker.

Included in the bag on the front of the latest issue – which could now be paper rather than foil, according to recent reports – is a tiny TIE Whisper, the ship flown by Kylo Ren in the final instalment of the Skywalker Saga. It’s a model we’ve never seen at minifigure-scale, and is effectively a First Order-themed TIE Interceptor.

The version here doesn’t quite capture the predominantly-grey panels of the actual ship, but then it would have been difficult to do so with just 34 pieces (while still retaining the wings’ black border). It’s a pretty good effort given its size, and can be yours for the magazine’s standard cover price of £4.25 in the UK. If you’re looking to get it shipped to another region, options are available online.

The LEGO Group has neglected the Star Wars sequel trilogy in recent years, and Episode IX in particular: The Rise of Skywalker has the fewest sets of all three movies, with glaring omissions including the final showdown between Rey, Ben Solo and the Emperor, and the duel between Rey and Kylo Ren aboard the ruins of the second Death Star.

According to the LEGO Star Wars team, the sequel trilogy isn’t ‘a closed chapter’ – but if you want a more immediate fix of Episode IX, you’re going to need to pick up the latest issue of the LEGO Star Wars magazine. As well as its free TIE Whisper build, Issue 88 packs in the usual mix of comics, puzzles and posters for the younger LEGO Star Wars fan in your life.

Issue 89 will land on shelves in November, complete with a free Princess Leia minifigure.