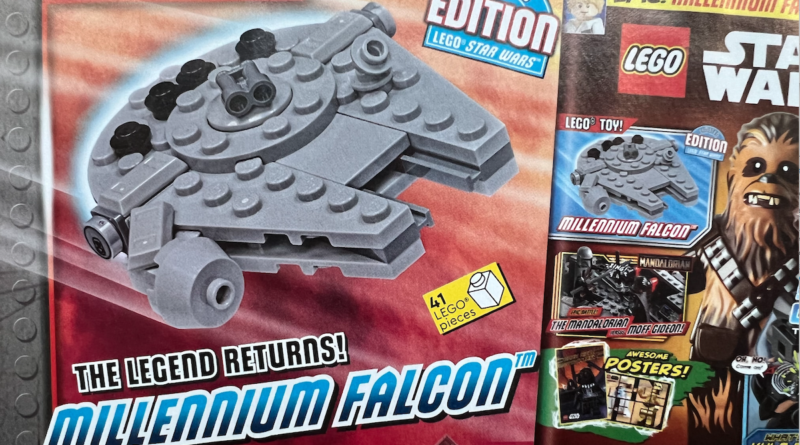 The upcoming February issue of the official LEGO Star Wars magazine will include a Millennium Falcon set for fans to collect and build.

Issue # 79 of the official LEGO Star Wars magazine is out now in the UK and features a free Imperial Snowtrooper minifigure, perfect for filling out your massive 75313 AT-AT. Flipping to the back of the magazine reveals that the February issue will include a mini-Millennium Falcon set as the cover-mounted free gift.

The official LEGO Star Wars magazine is published by Immediate Media in the UK and tends to feature vehicle builds with a few issues, before offering its readers a minifigure gift. The latter tend to be highly-desirable as the magazine sometimes has slightly harder-to-find minifigures as cover mounts, ones that are usually included with much larger (and more expensive LEGO sets).

In comparison, issue # 80 of the official LEGO Star Wars magazine comes with a small 41-piece Millennium Falcon, that’s more the size of sets available in promotional polybags. There’s no release date for the February issue of the magazine in the UK, but it tends to be out the first Wednesday of each month.