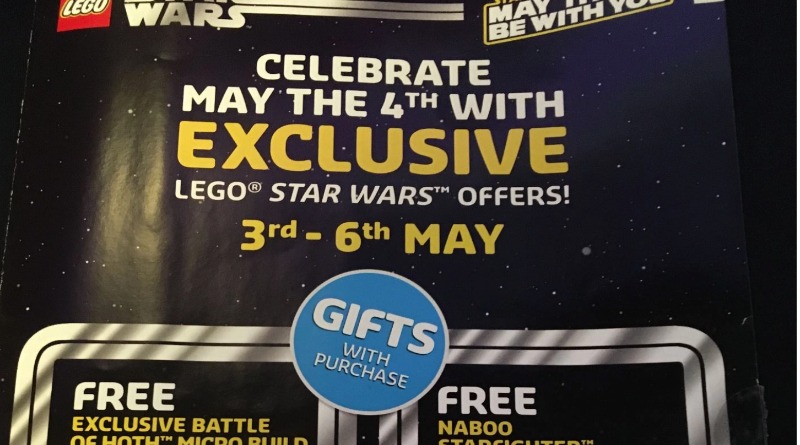 The LEGO Group has revealed its May the Fourth LEGO Star Wars offers for the UK. The deals you’ll be able to take advantage of from May 3–6 have been detailed in a leaflet sent out to VIP members, and photographed by Brickset member maniac. 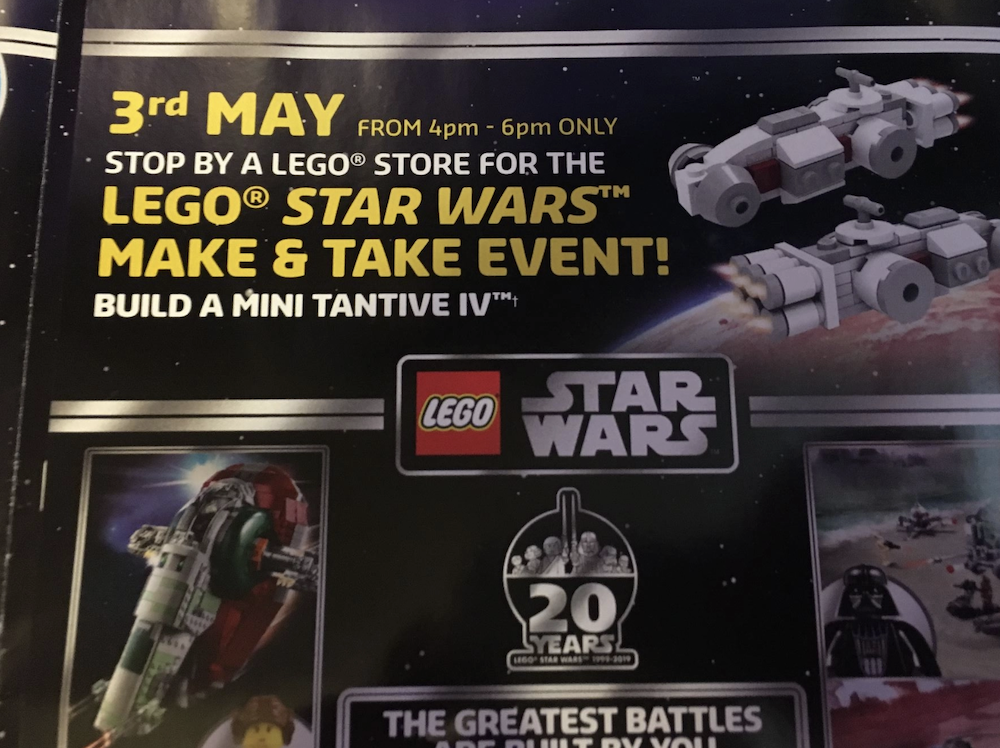 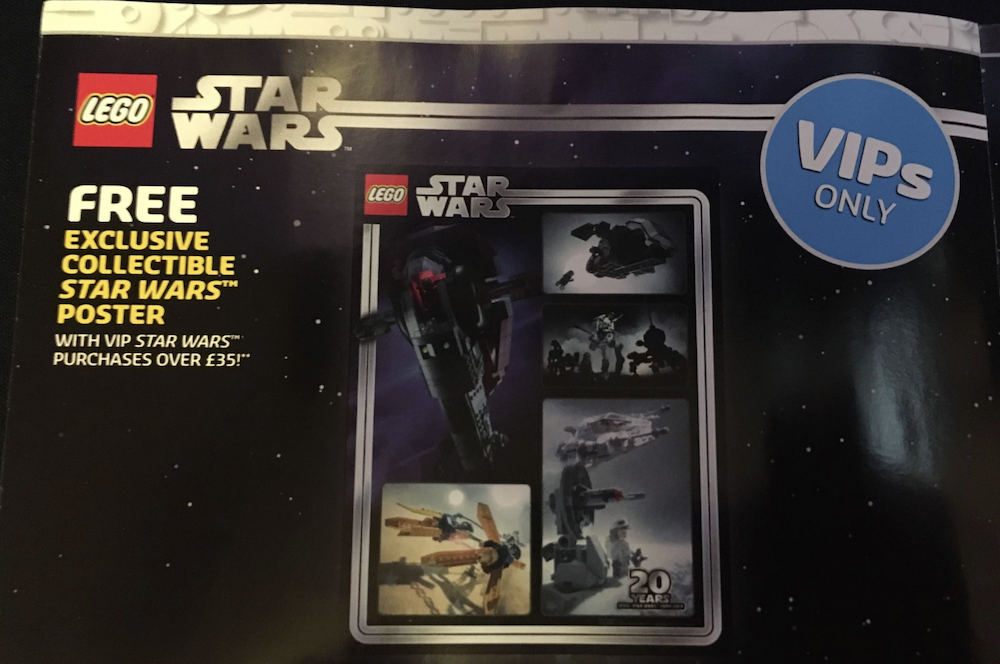 Over the entire weekend, a VIP LEGO Star Wars purchase of £35 will bag you an exclusive collectable Star Wars poster, showcasing the new range of 20th anniversary Star Wars sets. 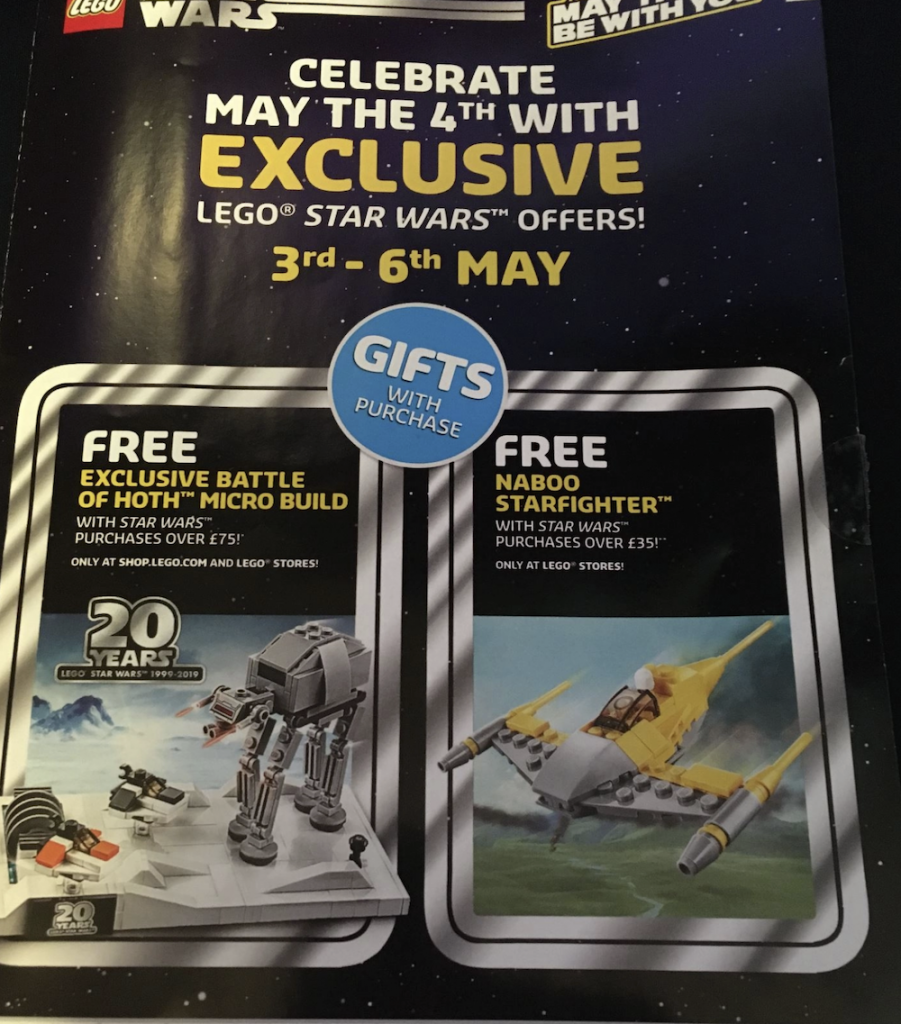 Hitting the same spending cap will also net you a free 30383 Naboo Starfighter polybag, while you’ll need to buy £75 of LEGO Star Wars products to get your hands on the exclusive 40333 Battle of Hoth – 20th Anniversary Edition.

To sweeten the deal, all Star Wars sets will apparently be eligible for double VIP points over the weekend, and selected sets will also be on sale. There’s no confirmation yet on which sets, or how sizeable the discount will be, but we’ll bring you all the info when we get it.

All this should make May the Fourth the perfect time to pick up the new 20th anniversary LEGO Star Wars sets if you haven’t already. And if you need help deciding what to buy, you can check out our reviews of all five 20th anniversary sets below.

The newest LEGO Star Wars set, 75244 Tantive IV, will also be available to purchase for the first time, as it launches on May 3. At the moment, there’s no word on whether it will be excluded from the double VIP points offer.