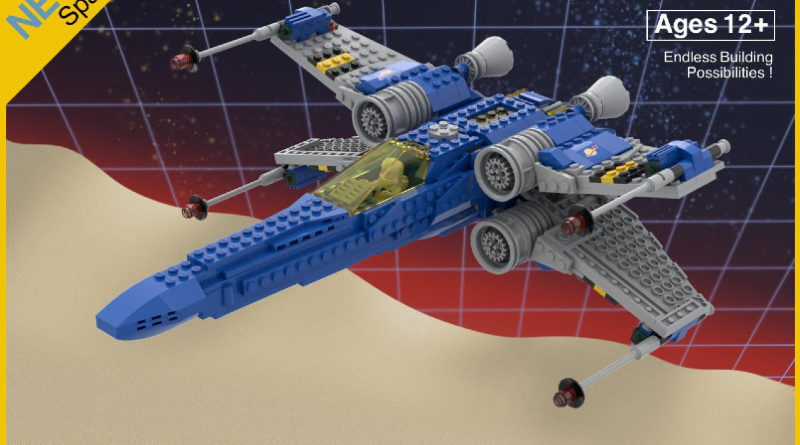 The fan-favourite themes of Classic Space and LEGO Star Wars crossover in a new collection of builds, including a re-imagined X-wing, A-wing and Speeder Bike.

A LEGO fan has re-designed Star Wars vehicles with a Classic Space twist, including colourful Classic Space minifigure pilots, providing a new way to explore and fight for the galaxy.

Tom_Brick is the creator behind the builds and posted the collection to the LEGO subreddit. The collection includes four builds, based on recognisable Star Wars ships and a speeder. Vehicles represented include an X-wing, A-wing, Speeder Bike and TIE Fighter with folding wings.

Aside from the colour scheme, these remixed vehicles make use of pieces that fit with the theme including new cockpit pieces and printed slope pieces with iconic designs and logos on.

The builder mentions in the Reddit post that instructions are on the way for these re-imagined builds and you can read up on how to create the folding wings for the TIE Fighter here. If a frame is what you’re after then 75300 Imperial TIE Fighter and 75301 Luke Skywalker’s X-wing Fighter have just released.