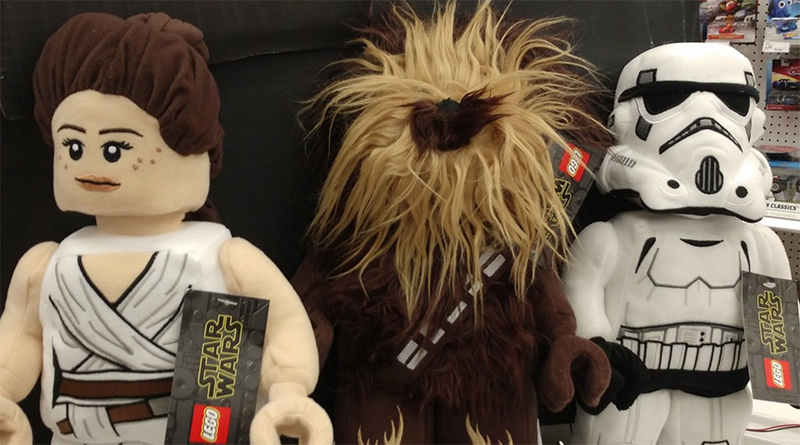 A new range of plush toys, themed around Star Wars, has been found at a Target store in the USA.

LEGO plush toys have already been available for the movies and for the Collectible Minifigures, but now LEGO Star Wars is getting the plush treatment. Three new cuddly oversized minifigures have been found a Target in the USA, Rebelscum reports.

Three different characters have been found – Rey, an Imperial Stormtrooper and Chewbacca. Poor Chewbacca may wish to complain about his likeness, with a slightly unorthodox style used to capture the Wookiee’s face.

No further information is currently available, but it is likely these will continue to turn up in-store now that the first samples have been found. The price is likely to be around the $20.00 / £20.00 mark.

In the meantime, the eight new Star Wars: The Rise of Skywalker sets are available to order now:

Images of the LEGO Star Wars sets that will be available in January 2020 were recently published online.