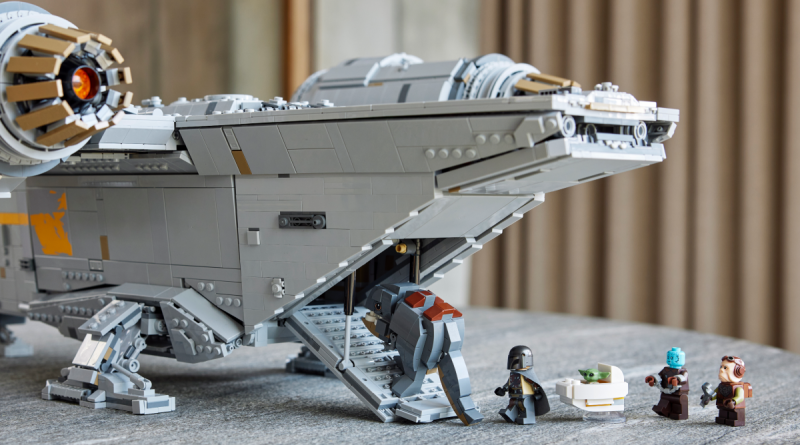 With the reveal of 75331 The Razor Crest, there’s a LEGO model of the Star Wars ship at almost every conceivable size and price point.

From the smallest Advent Calendar creations to the massive 75331 The Razor Crest, Din Djarin’s first ship has only been on screens for three years, but it’s quickly racked up LEGO recreations, now totalling six versions with the upcoming release of 75331 The Razor Crest.

That Ultimate Collector Series set is by far the largest of the LEGO Razor Crests at 6,187 pieces but for those looking for a Mandalorian model with a smaller budget, 75292 The Razor Crest is available now with many similarities to the larger build, which you can read more about by clicking here.

However, 75292 The Razor Crest isn’t the smallest brick-built version of the ship. 75321 The Razor Crest Microfighter imagines the vehicle in the scale and style of the LEGO Microfighters, complete with a working access ramp at the back, though even this set cannot be called the most minuscule LEGO Razor Crest.

In the 2020 and 2021 LEGO Star Wars Advent Calendars, the LEGO Star Wars design team included even smaller models of the Razor Crest, bringing the total to five versions of The Mandalorian ship.

A sixth LEGO Razor Crest was made available in 2022 as a gift included in the LEGO Star Wars Magazine, though this was a more limited release than the other five models and strongly resembles the design.

With the popularity of The Mandalorian, it should come as little surprise that the LEGO Group has released five brick-built depictions of the Razor Crest in only three years and that total will soon be raised to six with the addition of 75331 The Razor Crest on October 3 for VIP members and October 7 for everyone.