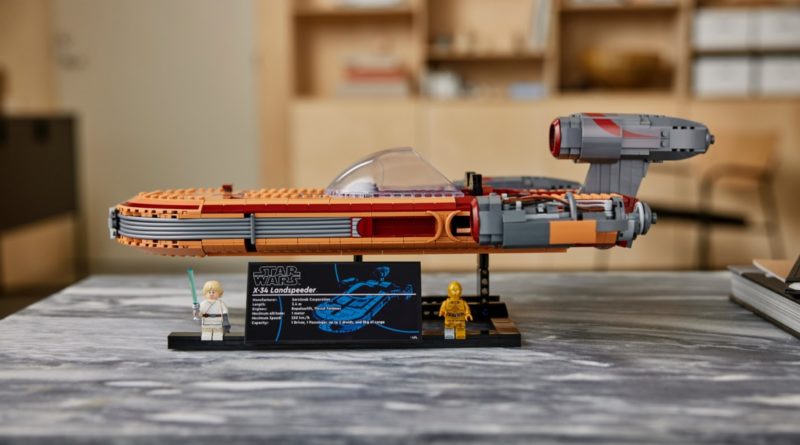 This year’s May the Fourth exclusive 75341 Luke Skywalker’s Landspeeder is seemingly selling well, as it’s one of just four LEGO Star Wars sets due to stick around until the end of 2024.

While Landspeeders are 10 to a penny in the wider LEGO Star Wars range, the 1,890-piece version that hit shelves earlier this year is the biggest and most authentic iteration to date. Measuring a full 49cm long and 30cm wide, it commands a decent presence on shelves without accelerating to the wallet-busting price points of 75331 The Razor Crest or 75313 AT-AT. And it also includes the best C-3PO to date, complete with a single dual-moulded leg.

All those factors may be contributing to demand for the Ultimate Collector Series set, which is clearly high enough to warrant the LEGO Group keeping it on shelves long after most of the rest of the current portfolio has retired. That includes 23 sets that are due to leave production by the end of this year (and several of which have already sold out), so make sure to prioritise those models if you see them in stock anywhere.

Also due to stick around for the duration are 75192 Millennium Falcon (of course), 40547 Obi-Wan Kenobi & Darth Vader, and 75325 The Mandalorian’s N-1 Starfighter. In fact, both Razor Crests are currently scheduled to retire before Mando’s replacement ship, including the newly-released UCS version, which has only just arrived on shelves.

Dive into the full list of LEGO Star Wars sets retiring in 2022 and beyond below, and remember that these dates are subject to change, so check back with Brick Fanatics for regular updates.