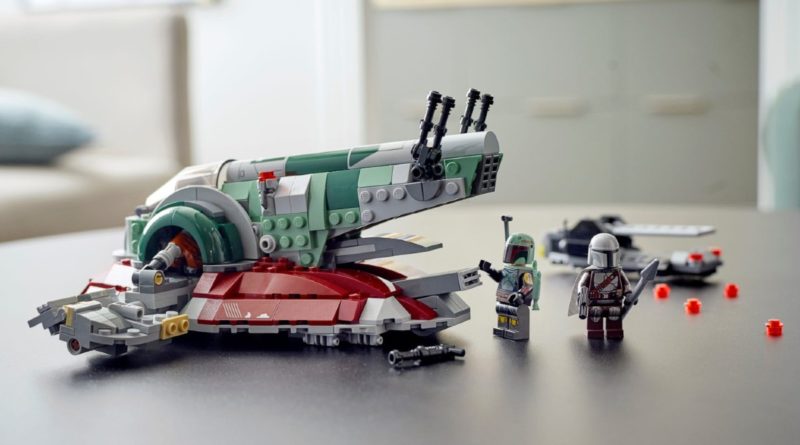 LEGO Star Wars 75312 Boba Fett’s Starship will be on shelves a little longer than originally anticipated, as its scheduled retirement has been delayed to 2023.

For the past few months, the ship formerly known as Slave I has been slated to leave production by the end of 2022. It must be doing steady numbers, however, because according to Brick Fanatics’ sources, the LEGO Group has now pushed back the exit date of the more affordable version of Boba’s ship to the end of 2023 at the latest.

That’s the biggest change to this month’s full list of retirement dates for the LEGO Star Wars theme, which also now includes the first wave of sets in the Diorama Collection, and 75342 Republic Fighter Tank – all of which are due to arrive on shelves on April 26. Three of them will hang around for at least a year and a half, while 75339 Death Star Trash Compactor Diorama should be available until December 2024.

The trash compactor is the only one of the three new 18+ sets that’s destined to be a third-party retailer exclusive: beyond LEGO.com and LEGO Stores, you’ll only be able to buy it at Walmart in the US – retailers for other regions are yet to be confirmed – which significantly reduces the chances of finding it at a discount. Good thing we’ve got plenty of time to save up…

Dive into the full list below, and remember that these dates are largely in flux. Keep an eye on Brick Fanatics for any changes.