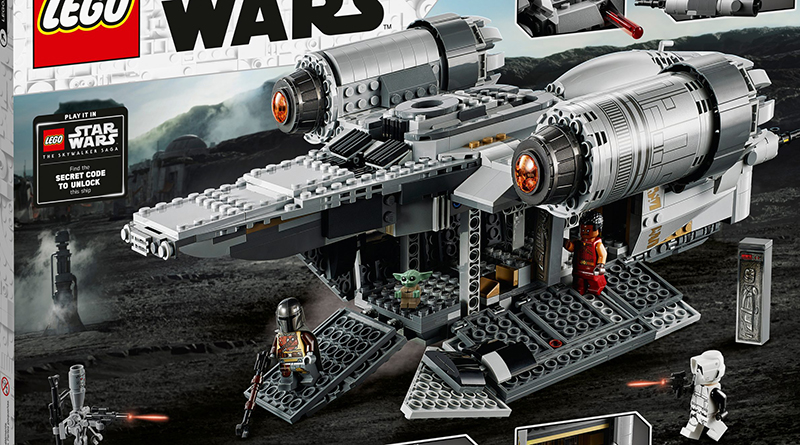 LEGO Star Wars: The Skywalker Saga will be released later this year, the first Star Wars themed brick-busting game since LEGO Star Wars: The Force Awakens in 2016. Covering all nine episodes in the core storyline, the game promises the usual blend of button bashing fights, problem solving and character switching, with a new open world component.

Rebelscum reports that the recently revealed boxed image for LEGO Star Wars: The Mandalorian 75292 The Razor Crest reveals a splash declaring ‘Find the secret code to unlock this ship’. It seems likely that all of the LEGO Star Wars coming in the latter half of this year will have these unlock codes, allowing players to open up additional content in the game.

There is no solid information on whent he game will be released, but it seems its launch date could be November 15, which would make sense as it is around the same that Star Wars Jedi: Fallen Order was released last year (and the title went on to exceed sales expectations).