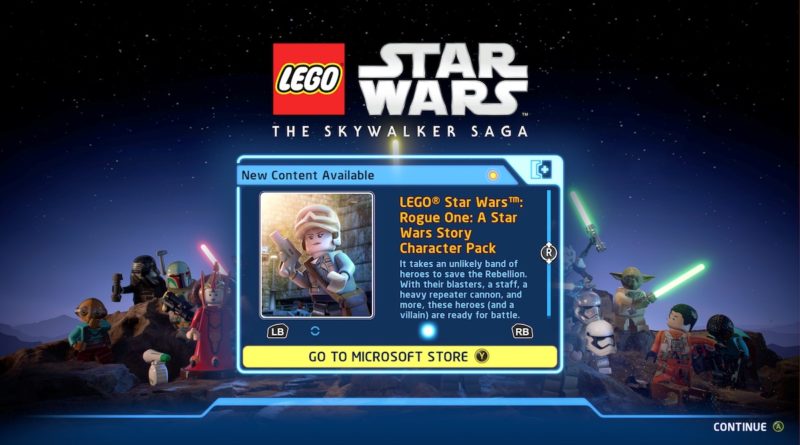 Following today’s earlier report regarding the upcoming launch of two LEGO Star Wars: The Skywalker Saga DLC packs, we can confirm that both are already available on Xbox consoles. Players who own those platforms and want to grab the Classic Character and Rogue One: A Star Wars Story DLC packs can do so right now.

The official date for the arrival of the next LEGO Star Wars: The Skywalker Saga DLC packs is tomorrow, April 19. However, players can already download, install and play with a whole bunch of new characters today if they own an Xbox One or Xbox Series S/X.

The Microsoft Store appears to have jumped the gun slightly earlier than expected, as a prompt for the two DLC packs appears when loading the game from today. All 13 new characters will be downloaded and added to your roster, boosting LEGO Star Wars: The Skywalker Saga’s already impressive line-up of unlockables.

Here’s a quick reminder of who you’ll be able to play as across both DLC packs:

It doesn’t appear that the DLC packs are available early on any other platforms yet, so other players will still need to hang on until the official launch tomorrow.

LEGO Star Wars: The Skywalker Saga is out now and we have quite a few things to say about the game (both positive and negative) in our full video review right here.