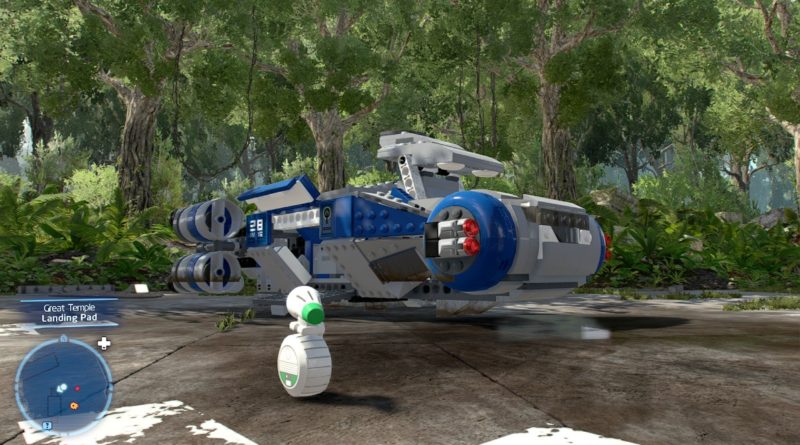 We already knew that the only LEGO Star Wars set based explicitly on Galaxy’s Edge – the themed land inside Disney’s Hollywood Studios and Disneyland theme parks – would be featured in LEGO Star Wars: The Skywalker Saga. However, it turns out the references to Batuu and beyond extend further than 75293 Resistance I-TS Transport.

Each ship and character in LEGO Star Wars: The Skywalker has a description offering a brief explanation of their history. This is useful considering the wealth of lore in a galaxy far, far away. For the Resistance I-TS Transport, the text describes part of the Rise of the Resistance attraction, in which the transport plays a major role.

For those who have experienced or are hoping to experience the ride, it’s a fun Easter egg to a more recent Star Wars experience. However, it’s not the only reference to theme parks.

First introduced in The Star Wars Holiday Special under a different name, Wookiee Cookie is also the name of a food item in Disney theme parks and a customer on Pasaana is looking for the tasty treat.

These are only a couple of the Easter eggs in LEGO Star Wars: The Skywalker Saga, and you can find them in the game now as it’s finally available.