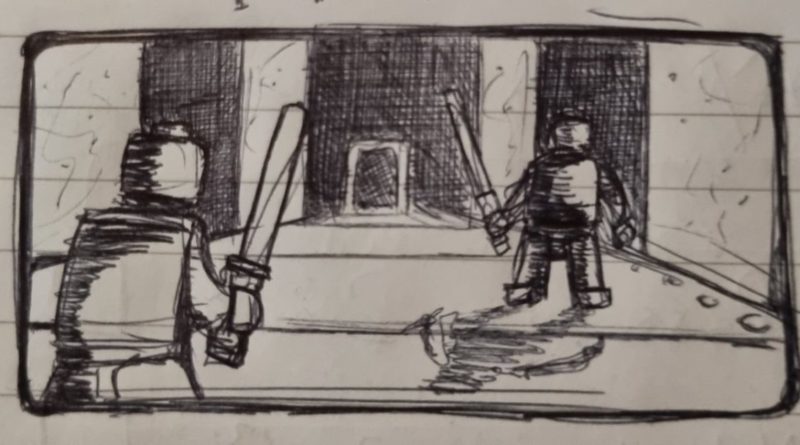 LEGO Star Wars: The Skywalker Saga’s former Level Designer has revealed some of the initial concepts behind the game’s creation.

With the release of LEGO Star Wars: The Skywalker Saga, former TT Games Level Designer Jack Chapman has taken to Twitter to showcase some of the title’s design origins. Although now employed at PlayStation London Studio as Senior Level Designer, Chapman has continued to champion his previous game and the team that worked on it.

The former Level Designer recently dug up some of the old notebooks he kept during the game’s development, to show how some of his original ideas went from basic doodle sketches to the finished product. That specific Tweet highlighted the Darth Maul boss battle between Qui-Gon Jinn and Obi-Wan Kenobi as an example of how those early concepts evolved over time.

Chapman also continues to praise his TT Games colleagues and the hard work they put into LEGO Star Wars: The Skywalker Saga. He’s posted on how key moments from the main nine-film Star Wars series have been faithfully recreated in the game, the level art, the updated combat system and how the Force is integrated into the user experience.

Chapman even has plenty of positive things to say about the lightsaber battles in LEGO Star Wars: The Skywalker Saga. He states, ‘Lots of ups and downs along the way, but I think we ended up honouring the legacy of these iconic space-wizard-laser-sword fights whilst leaving our own stamp on them.’

LEGO Star Wars: The Skywalker Saga is available now and you can find out more about the game in our full video review here.