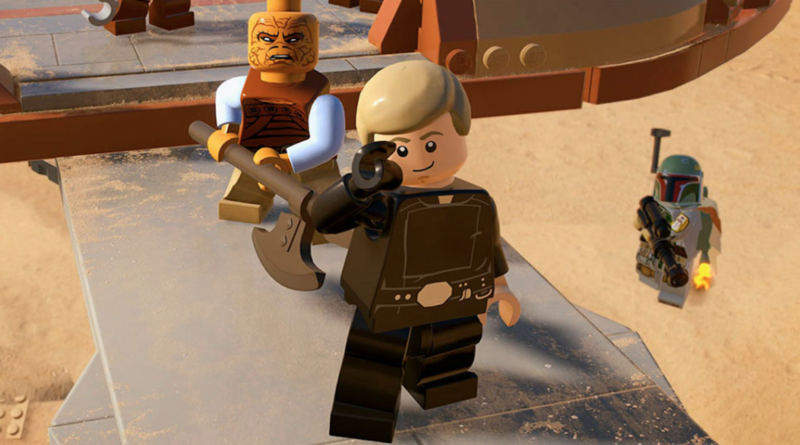 LEGO Star Wars: The Skywalker Saga is packed with plenty of secrets, plus one subtle reference to where it all started for TT Games.

With LEGO Star Wars: The Skywalker Saga now officially available, players are finally starting to get stuck into the game and uncover its many secrets. The long-awaited TT Games release is packed with 45 story levels, multiple side quests and missions, plus massive open world planets just waiting to be explored.

We’ve already reported on a number of secret codes that players can input to unlock some of the game’s many characters and ships. Only time will tell what else is hidden in within the depths of LEGO Star Wars: The Skywalker Saga, but it’s clear from only a few days of play that the game is not only a love letter to the franchise, but also a reflection of the company’s 17-year journey to get to this point.

One example of this can be found in an early open world section of Episode I, shortly after Qui-Gon Jinn and Obi-Wan Kenobi have arrived on board the Trade Federation Battleship. Exploring the level’s labyrinthine corridors reveals a small alcove that’s hard to miss and it’s one that includes a surprising addition.

Keen eyed players will spot a stack of boxes that are the same colour as the TT Games logo. Placed in front of these is a flat LEGO piece with a stylised image of the cover to the original LEGO Star Wars: The Video Game. Smashing the boxes confirms this, as the game’s discs appear, along with numerous shiny studs.

LEGO Star Wars: The Video Game was released in 2005 and paved the way for every single TT Games LEGO title that was to follow. In fact, it set the template and standard for what many players have come to expect from action-based LEGO video games. With many of the developer’s long-time key staff moving on to other companies and rumours of potential LEGO titles coming from other publishers, it’s somewhat fitting then this subtle visual nod to the past be featured in a release that potentially feels like the end of an era for TT Games.

LEGO Star Wars: The Skywalker Saga is out now, with physical and digital Standard and Deluxe Editions available.