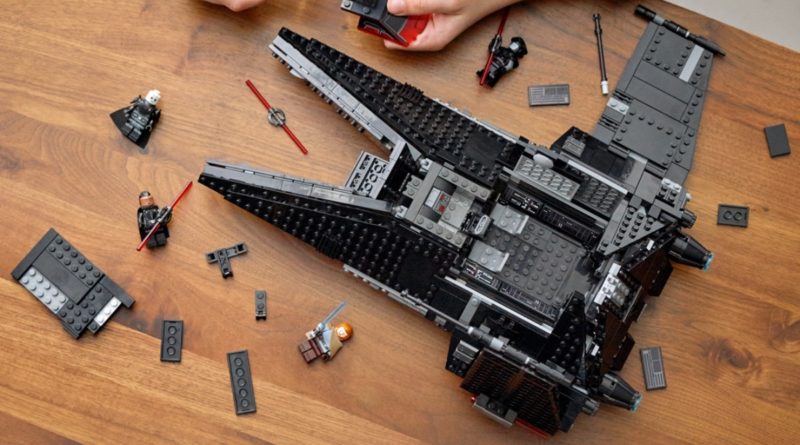 The packaging for 75336 Inquisitor Transport Scythe features stylised interpretations of Obi-Wan Kenobi and Darth Vader minifigures locking lightsabers in the bottom-left corner, and there’s a notable difference between that Dark Lord and the one we’ve seen in recent sets: he’s got red eye lenses.

It’s a shift in design we’ve already seen borne out in 40547 Obi-Wan Kenobi & Darth Vader, a BrickHeadz double-pack launching in August, leading to speculation that we might be seeing the same stylistic choice applied to a future Darth Vader minifigure, too – such as the one expected to appear in the rumoured diorama set based on the Obi-Wan Kenobi limited series.

According to Instagram user childish_landino_chronicles, however (and as reported by previously reliable sources no_one_of_importance73 and 1414falconfan), the Darth Vader minifigure included in that particular rumoured set won’t have red eyes. If that’s the case, it’s safe to assume we’ll just be getting the standard two-piece Vader helmet we’ve seen plenty of times before.

That’s not to say the particular Darth Vader variant pictured on the box of 75336 Inquisitor Transport Scythe will never come to fruition, of course – but if it is in the works, you’d expect it to be for the only Obi-Wan Kenobi set thought to include the Sith Lord, rather than another set further down the line. As is, it sounds like the red-eyed Vader teased on the box will exist only as artwork for now.