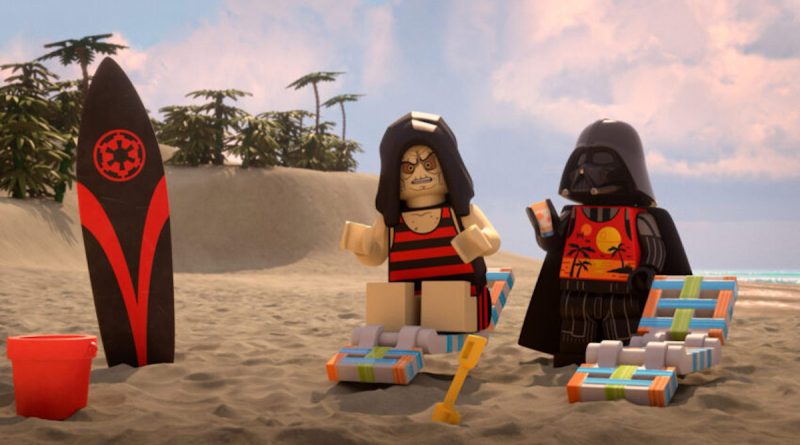 The LEGO Star Wars Summer Vacation will be dropping on Disney+ tomorrow, featuring an all-new animated adventure with Finn and the gang.

As seen in a recent promo clip, LEGO Star Wars Summer Vacation is due to arrive on Disney+ on August 5. The 48-minute animated special is set to include a whole host of familiar characters, ships and settings from a galaxy far, far away, as well as plenty of tongue-in-cheek antics and even an appearance from the first ever ‘Weird Al’ Yankovic LEGO minifigure.

Set on board the Galactic Starcruiser, The Halcyon, LEGO Star Wars Summer Vacation follows Finn and his friends on a surprise holiday, set after the events of The Rise of Skywalker. Along the way they encounter Force Spirits of Obi-Wan Kenobi, Anakin Skywalker and Princess Leia, whilst sharing stories of other vacations that have gone wrong.

Eagle-eyed fans will probably already have spotted a number of recent LEGO Star Wars minifigures in the Summer Vacation trailers and clips released to date. These include the design of Obi-Wan Kenobi included with 75334 Obi-Wan Kenobi vs. and Darth Vader, plus Darth Vader in a summer outfit from 75340 LEGO Star Wars Advent Calendar, due out September 1.

There are also a few minifigures from 75290 Mos Eisley Cantina, with at least some of the special taking place in the iconic Tatooine location, as well as Rebel pilot Valeria from The Freemaker Adventures making an appearance.

Check out LEGO Star Wars Summer Vacation on Disney+ from August 5, in addition to the existing animated Terrifying Tales and Holiday Special.