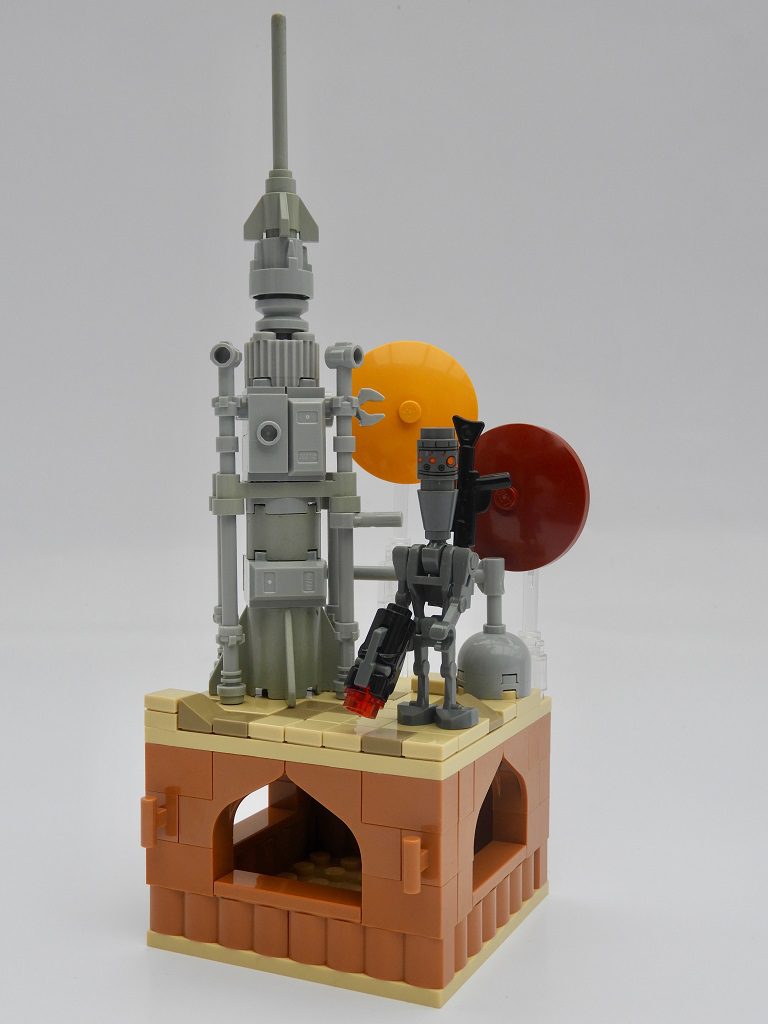 Tatooine is a hostile environment at the best of times, so IG-88 was getting frustrated with the amount of sand clogging up his joints – it was slowing him down and he had a bounty to capture.

Despite being privately owned, IG-88 decided to take a short cut through a moisture farm which was on the outer reaches of the Lars Homestead. As the twin suns of Tatooine set behind him, the droid felt sure that he’d caught sight of his target. He picked up the pace in an attempt to make up some ground and secure the bounty before the last of the day’s light disappeared…