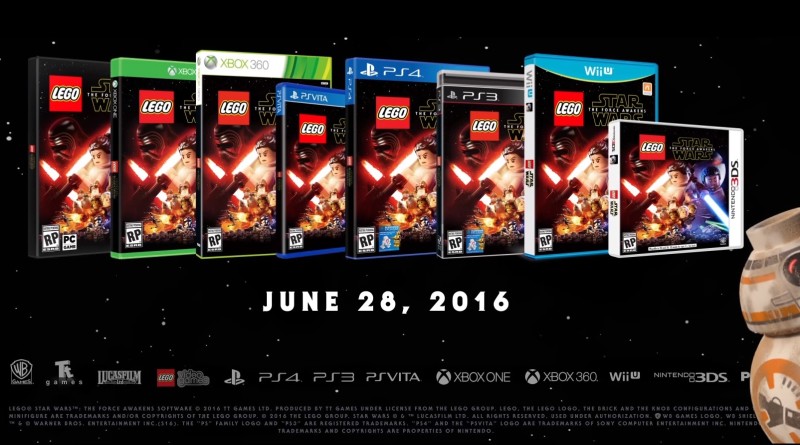 Warner Bros. Interactive Entertainment today announced a free downloadable game demo for LEGO® Star Wars™: The Force Awakens™. The Niima Outpost Demoallows fans and newcomers to join Rey, Finn and BB-8 as they evade the First Order in their daring escape from Jakku. As part of this exciting content, players can experience new features coming  to LEGO Star Wars: The Force Awakens, including taking on Stormtroopers in intense Blaster Battles, utilising Multi-Builds to explore the wreckage of Imperial Star Destroyers and piloting the Millennium Falcon in dogfights against First Order Tie fighters.

The Demo will be available for Xbox One today, June 14th at 3:00 PM PDT via the Xbox Marketplace.

LEGO® Star Wars™: The Force Awakens will be released on June 28, 2016 and marks the triumphant return of the No. 1 LEGO ® videogame franchise, immersing fans in the new Star Wars™ adventure like never before. Players can relive the epic action from the blockbuster film in a way that only LEGO ® can offer, featuring storylines from Star Wars: The Force Awakens, retold through the clever and witty LEGO ® lens. The game will also feature playable content exploring previously untold adventures set in the time leading up to Star Wars: The Force Awakens. The game will be available for PlayStation ® 4, PlayStation ® 3, PlayStation ® Vita, Xbox One, Xbox 360, Wii U™, Nintendo 3DS™ and Steam (Windows PC).