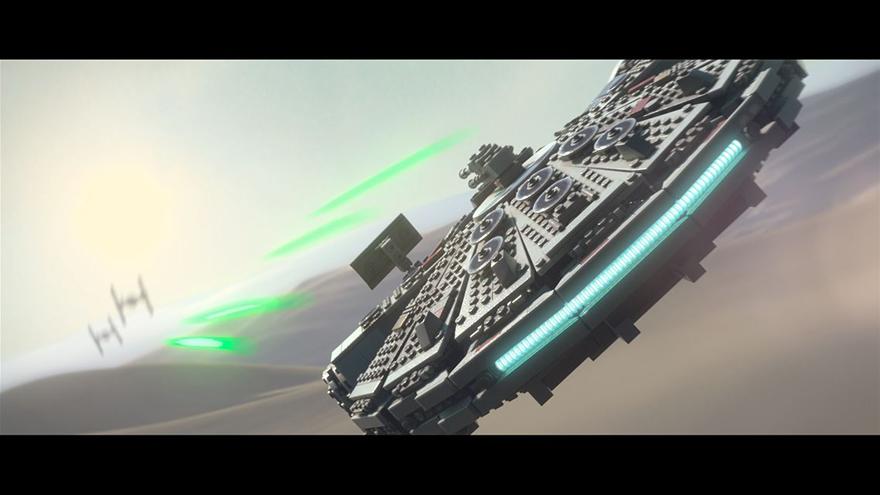 The rumors are true! we are getting yet another Star Wars videogame this time based on the latest film Force Awakens. Below is screen shots, a trailer and more news, all confirmed thanks to  Xbox Store’s website. The game is due out on the following platforms  Nintendo 3DS, PlayStation 3, PlayStation 4, PlayStation Vita, Wii U, PC, Xbox 360, Xbox One on the 28th June.

Expect to see a Force Awakens exclusive Finn minifigure as part of the pre-order deal.

Here is the game’s description: “The Force is strong with this one… The No. 1 LEGO® videogame franchise triumphantly returns with a fun-filled, humorous journey based on the blockbuster Star Wars film. Play as Rey, Finn, Poe, BB-8, Kylo Ren, Han Solo, and the rest of your favorite characters from the movie! In LEGO Star Wars: The Force Awakens, players relive the epic action from the blockbuster film Star Wars: The Force Awakens, retold through the clever and witty LEGO lens.

The game will also feature exclusive playable content that bridges the story gap between Star Wars Episode VI: Return of the Jedi and Star Wars: The Force Awakens. LEGO Star Wars: The Force Awakens also introduces Multi-Builds and Blaster Battles to the LEGO videogame universe. With Multi-Builds, use available LEGO bricks to open up new paths, then break them apart and re-build them again to open up another! And another! During Blaster Battles, use your surroundings as cover to stand against the First Order. “

Here is a leaked trailer, we will post further details once WB UK send us the press release.