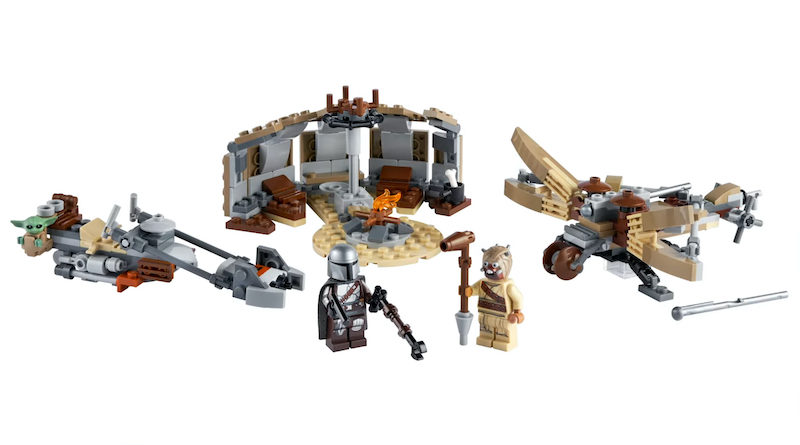 We have a first look at upcoming LEGO Star Wars: The Mandalorian set 75299 Trouble on Tatooine, featuring a Beskar armour Mandalorian.

The previously rumoured set has been previewed on Star Wars’ official YouTube channel and will then be officially presented there on the next episode of Mando Mondays, alongside a LEGO designer interview.

Taking inspiration from the first episode of season two of Disney+ series The Mandalorian, 75299 Trouble on Tatooine includes a Tusken Raider, The Child in baby minifigure form and a first appearance of The Mandalorian in his Beskar armour.

This updated design of Mando appears to include a lighter shade of helmet to better match the shinier appearance of his upgraded, blaster-proof armour.

One interesting thing to note about the box art is the addition of a logo for ‘The Child’, positioned next to the more familiar logo for ‘The Mandalorian’.