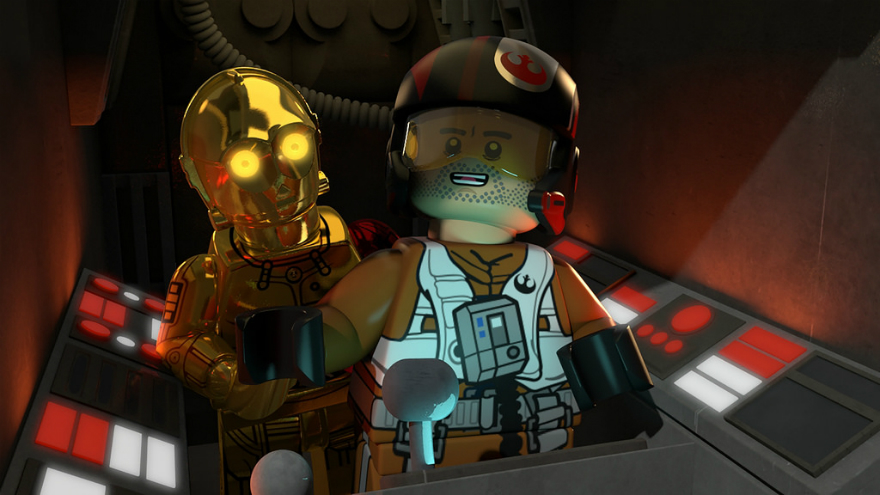 Afternoon folks, sorry for the lack of news, I had pleasure of spending 4 hours in A & E with my 7 year old who has broken her hand. So I’m playing catch up from other news that’s comes out over weekend but has taken a backseat due to the New York Toy Fair. Disney XD released a clip from the new LEGO Star Wars: The Resistance Rises shorts that will be airing in the USA tomorrow but no date has been given for the UK

The show will feature characters from Star Wars: The Force Awakens here is press release and clip to put you on till we get to see them UK.

“Poe to the Rescue” is the first episode in “LEGO Star Wars: The Resistance Rises,” a series of all-new animated shorts that take place prior to the First Order’s attack on Jakku and tell never-before-told stories including Kylo Ren, Han Solo, Finn, Rey, BB-8, Maz Kanata and more.

Premiering immediately after Disney XD’s highly anticipated “Gravity Falls” finale, the short will follow Resistance pilot Poe Dameron as he comes to the aid of Admiral Ackbar who is being held captive by Captain Phasma. Kylo Ren, C-3PO and BB-8 will also appear.

Airdates for the additional episodes will be released at a later date.