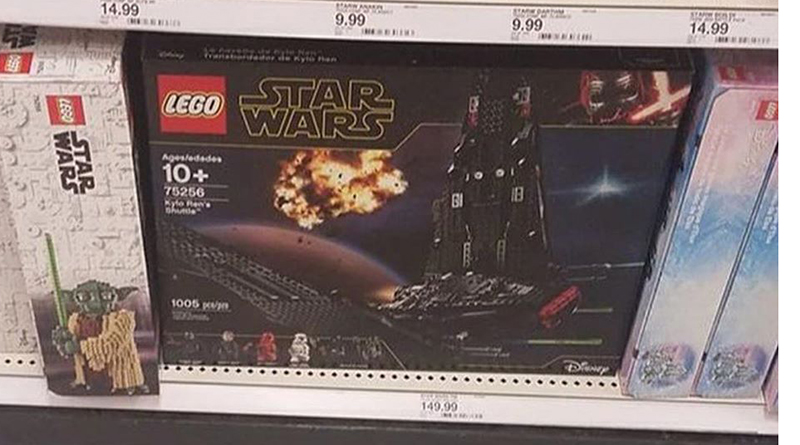 LEGO Star Wars 75256 Kylo Ren’s Shuttle, based on the upcoming film Star Wars: The Rise of Skywalker, has been found at a retail store in the USA.

A Target store in Texas is selling a few of the LEGO Star Wars sets inspired by Star Wars: The Rise of Skywalker early, with 75256 Kylo Ren’s Shuttle turning up alongside 75250 Pasadana Speeder Chase and 75232 Kylo Ren and Sith Trooper. It is priced at $149.99. Yak Face shared the news on social media.

LEGO Star Wars 75256 Kylo Ren’s Shuttle was rumoured back in June. It uses 1,005 pieces and comes with a selection of minifigures – Kylo Ren, General Pryde, Sith Trooper, First Order Stormtrooper and two Knights of Ren. While there are some differences to 75104 Kylo Ren’s Command Shuttle, the wing functionality looks to be the same as on that 2015 release. The new set is expected to get a wide release on Triple Force Friday. 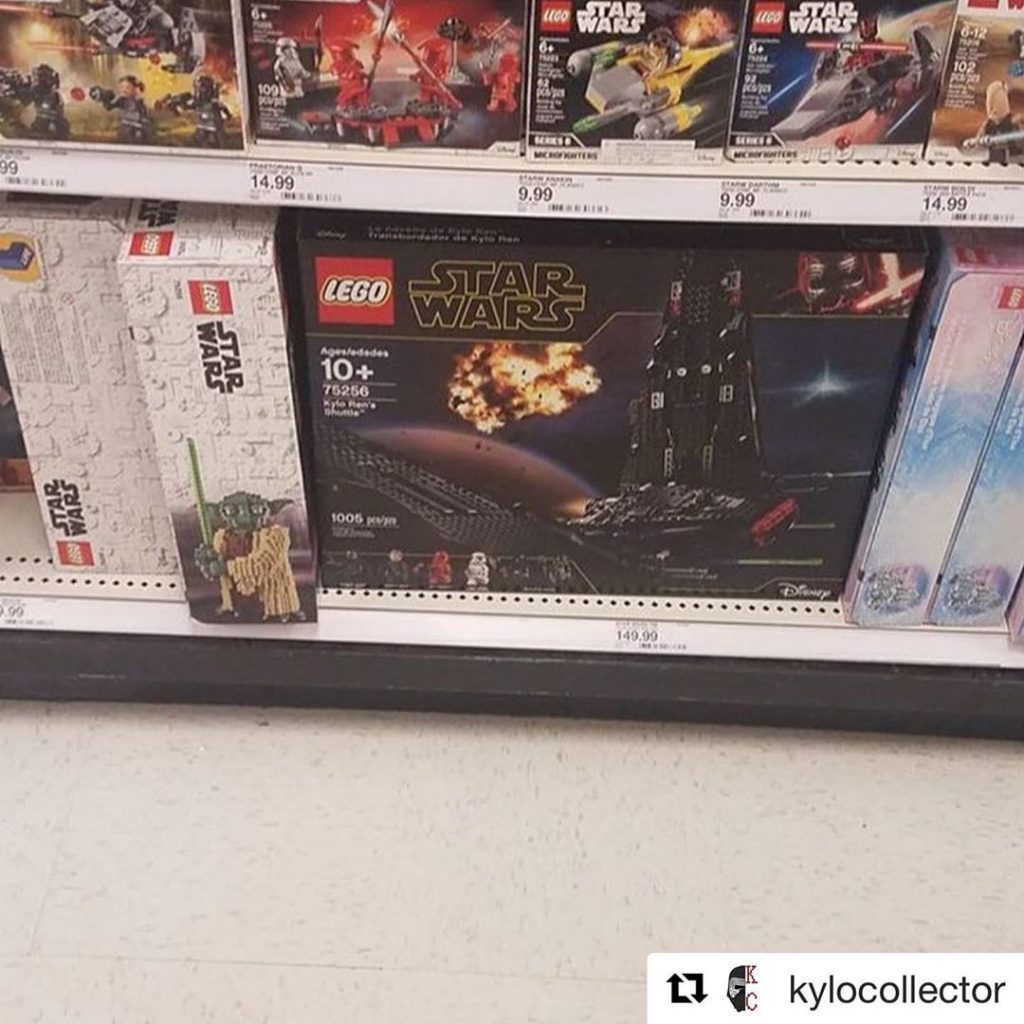 One thought on “LEGO Star Wars: The Rise of Skywalker 75256 Kylo Ren’s Shuttle turns up at retail”