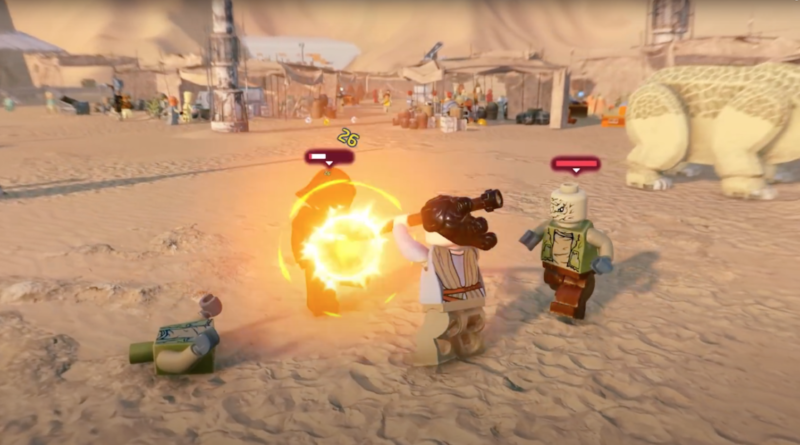 One of the many features making its debut in LEGO Star Wars: The Skywalker Saga is a new combat system for players to master.

Traditionally LEGO video games have featured fairly basic forms of combat. A quick tap of a button and your character will deliver a few punches and kicks to defeat enemies or smash blocks. However, with LEGO Star Wars: The Skywalker Saga, TT Games is planning to take battles to the next level with an all-new combat system.

As revealed in the overview trailer, each character in LEGO Star Wars: The Skywalker Saga (including your own) now has their own health bar. When attacked, this bar depletes until it’s completely gone and the character is defeated. Not only does this health bar replace the traditional heart icons in a LEGO game, but it also plays into another new feature, combos.

In melee and lightsaber battles, characters are now able to string together moves to create chains of hits (or combos), that can reward increased damage with big stud bonuses. However, it’s also possible to block moves, meaning that not all characters will be able to be defeated so easily.

In addition, players are able to fend off incoming attacks with counter manoeuvres tailored to each character. We can see this in the overview trailer as a Tusken Raider takes out two Sandtroopers and ends his attack by dropping a wrench on one of their heads, whilst both R2-D2 and Luke Skywalker also have their own signature finishing moves.

These three new systems combined should give players much greater mastery over their character’s moves and are sure to add some much-needed depth to the next upcoming LEGO game and beyond.

LEGO Star Wars: The Skywalker Saga is due to launch on April 5. Be sure to check out our updated pre-order guide to help you decide which version to pick up.