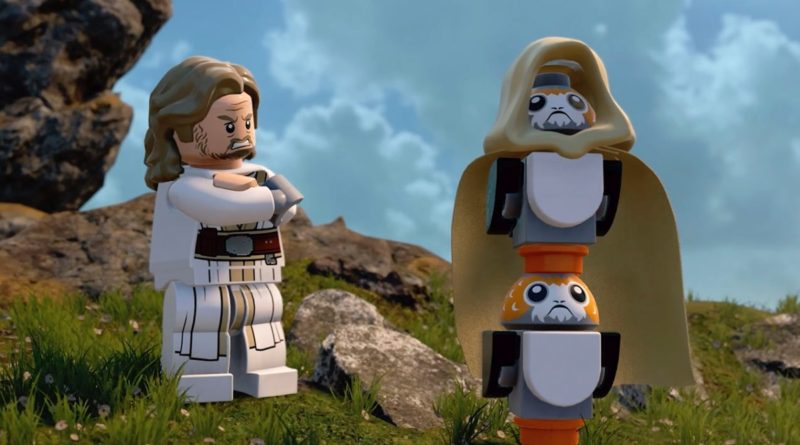 Whilst we await the next news drop for LEGO Star Wars: The Skywalker Saga, the new screenshot may show how far the game has come.

The announcement tweet confirming that Gamescom would be the host for the next lot of information for the upcoming LEGO title also provided a fresh image from the game, but those who have followed the game’s story this far may recognise the scene.

As Rey perches on top of the Ahch-To stone ready for the next stage of her Jedi Training, this moment bears a striking resemblance to one seen in the Lucasfilm Games Sizzle Reel that was released earlier in 2021. Whilst it’s not clear if either or both is a cutscene or a snapshot taken from exploration on the digital planet, it still includes some notable elements.

The overall quality between the two scenes is mostly the same, with only two major differences being present. First, the minifigures portray Rey as she appeared in both The Force Awakens and The Last Jedi, revealing that both variations will form part of the roster of 300 playable characters.

The more noticeable change between the older and newer screenshots is the presence of a sunset on the horizon, suggesting that either Ahch-To is now in a permanent state of the golden sky or that planets will feature a day and night cycle. The latter is inarguably the more exciting option and the unique lighting helps amplify the graphics of this LEGO Star Wars: The Skywalker Saga screenshot.

You can tune in to the world premiere of the upcoming LEGO Star Wars game as part of Opening Night Live on August 25 at 11 am PT / 2 pm ET / 7 pm BST / 8 pm CEST. Those who can’t watch need not worry as Brick Fanatics will let you know exactly what’s revealed at the event. Here’s a reminder of what to expect.